Award: Rookie of the Year

Kelli Howie’s contributions to Sandia National Laboratories go far beyond her work as a competitive intelligence specialist. Since joining Sandia in 2019, Howie has played a leading role in the lab’s efforts to engage underrepresented employees in the technology transfer and commercialization process.

Howie’s contributions to improved diversity, equity and inclusion (DEI) at Sandia not only have helped create a more supportive and collaborative workplace, but have also broadened the pool of lab employees with the potential to develop innovations with commercial applications.

“Kelli has taken the time to understand the many different facets of technology transfer, from development of IP [intellectual property] to the execution of agreements,” said Joel Sikora, manager of technology partnership agreements, intellectual property, and business and competitive intelligence. “In her short time at Sandia, she has worked to increase the engagement of scientists in the disclosure process and has become a leading advocate at the DOE [Department of Energy] labs for increasing the involvement of women in innovation.”

In 2020, Sandia and 11 other DOE national labs launched the Diversity and Inclusion in inVentorship and EntrepReneurship Strategies and Engagement – Women (DIVERSE-W) program, to promote technology transfer and commercialization efforts in underrepresented segments of the national laboratories. Howie led a team in designing a two-week DIVERSE-W program that included training on Sandia’s patenting process, effective engagement and customer discovery, entrepreneurial mindset, and how to build an effective network.

“Inclusion and diversity are defining elements of Sandia, and Kelli is leading the charge to translate this common vision to new programs and technology areas." — David Kistin

In summer 2021, Howie launched a virtual speaker series open to all DOE, lab and site employees. The series spotlighted women in academia, industry and other government agencies who have excelled in patenting, who have spun off their technologies into their own entrepreneurial ventures, or who run their own technology companies. Early feedback suggested successful results, with 96% of attendees reporting they found the events informative and engaging, 71% saying their knowledge of patenting increased following the events, and 65% reporting that they are more likely to pursue a patent after attending the events.

Howie has also had an impact on DEI specifically in relation to quantum information science (QIS), through her involvement with the new DOE-funded Quantum Systems Accelerator (QSA). As lead of the QSA Inclusion, Diversity, Equity, Accountability, and Solutions (IDEAS) working group, she is helping to foster a more equitable approach to QIS innovation.

“Inclusion and diversity are defining elements of Sandia, and Kelli is leading the charge to translate this common vision to new programs and technology areas, like quantum,” said David Kistin, manager of Technology and Economic Development. “There is so much opportunity in this space, and we are very fortunate to have Kelli working with our teams to increase the positive impact of the labs.” 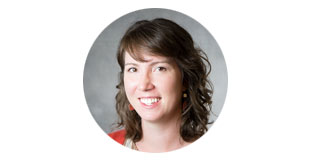