A regional event conceived in 2016 by the National Cancer Institute’s Technology Transfer Center (NCI TTC) is now an annual opportunity to showcase federal technologies to prospective partners and strengthen public-private relationships that support the regional economy.

TTC staff recognized the need for a new, unique event to encourage collaboration and licensing of inventions developed by NCI and its government-owned, contractor-operated Frederick National Laboratory (FNL) to regional technology developers and other stakeholders. By 2017, with the NCI Frederick Office of Scientific Operations and the FNL Partnership Development Office on board, the Technology Showcase concept evolved to also help researchers better understand how to commercialize their work. Hosting the event at FNL provided an opportunity to engage the economic development offices of the City and County of Frederick and the Maryland Technology Development Corp. (TEDCO) to leverage their regional knowledge, resources, relationships and expertise.

Under TTC leadership, the organizations entered into a co-sponsorship agreement; members of each group contributed to event planning and execution. The NCI and FNL identified technologies to highlight and researchers to present. Frederick city and county coordinated an off-site networking event to follow the main event. TEDCO provided a planning schedule. All worked to market the conference and recruit a relevant audience.

The founder and CEO of a Frederick-based biotech company shared his success in partnering with the federal government and why he chose to base his business in Frederick County.

Under TTC leadership, the organizations entered into a co-sponsorship agreement; members of each group contributed to event planning and execution.

The event was a success. The organizers recognized the value of a recurring event, including the opportunity to nurture key relationships over time. The annual NCI and FNL Technology Showcase has grown in size and stature, culminating in a virtual event in 2020 that allowed potential collaborators and licensees from outside the region to attend. Over four years, 86 cancer technologies were highlighted, several regional biotech companies shared their experiences with federal partnering, and 34 investigators gained valuable experience presenting their innovations to a commercial audience.

Connections made at the events led to the NCI executing a Commercial Evaluation License in May 2019, and the FNL entering into a Cooperative Research and Development Agreement (CRADA) with a company in June 2020. Several Confidential Disclosure Agreements were also signed.

Importantly, the awareness and outreach provided by the Technology Showcase means that regional stakeholders now understand they can turn to the NCI and FNL when looking to collaborate with an expert or license an innovation. 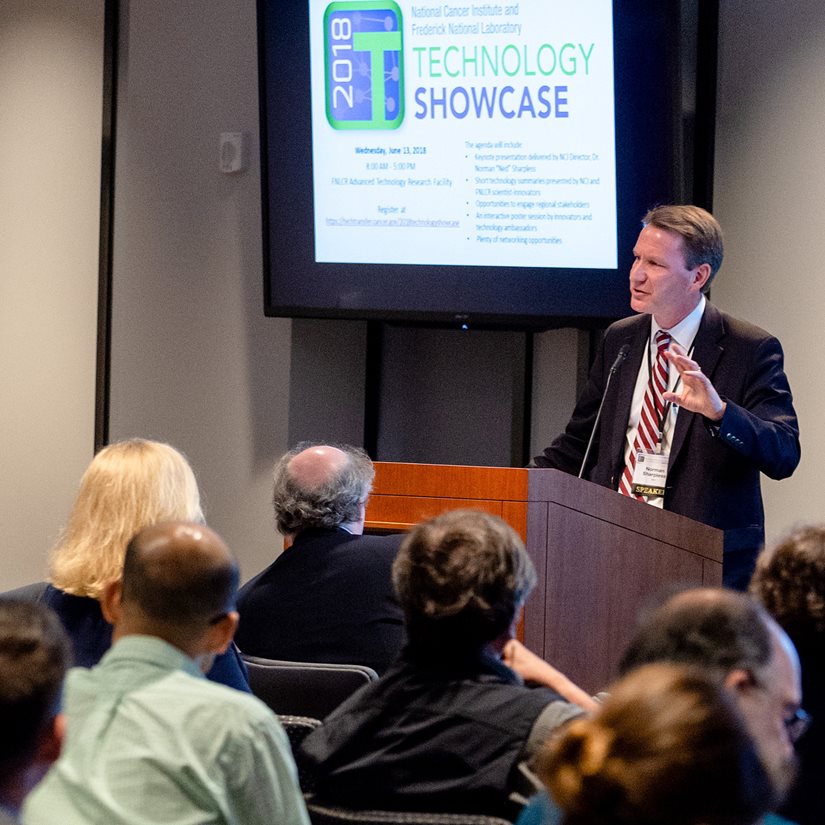