The FLC was formed in 1974, in response to the economic challenges of the 1970s, to help boost U.S. productivity by promoting the movement of technologies out of federal labs and into the private sector—a process called technology transfer. Policymakers embraced the idea that commercializing federal technologies would create new jobs and new domestic markets, and the Stevenson-Wydler Technology Innovation Act of 1980 and the Federal Technology Transfer Act of 1986 helped make this possible. The FLC was formally chartered by the Federal Technology Transfer Act to promote technology transfer through collaborative partnerships with nonfederal organizations such as private business, academia, and state and local governments.

Today, more than 300 federal laboratories, facilities and research centers and their parent agencies make up the FLC community. Each laboratory has a technology transfer office, staffed by professionals who specialize in connecting federal innovators with partners that can develop, manufacture and commercialize new technologies. Federal tech transfer partners include state and local governments, nonprofit organizations, and companies of all sizes. In particular, the Small Business Innovation Development Act of 1982 and the Small Business Technology Transfer Act of 1992 encourage partnerships between federal labs and entrepreneurs focused on innovative technologies.

From its early days, the FLC has worked to support the tech transfer efforts of its member labs and potential partners. Since 2019, that support has been guided by a five-year Strategic Plan to be the premier federal technology transfer organization. Our education and training programs range from tech transfer basics for newcomers to innovative ways of structuring partnership agreements for those with more experience. We channel our inner matchmaker to connect each federal technology with the partner best suited to bring that technology to the public. And we make sure federal tech transfer successes get the recognition they deserve by promoting them to the FLC community, policy makers, and the public.

FLC and AUTM together are a powerhouse of technology transfer. A 5-year cooperative agreement began in 2020.

The FLC introduced a new logo and an FLC Style Guide at the 2015 FLC national meeting to complement the organization’s efforts to raise awareness about the innovations and technology transfer missions of our nation’s federal laboratories.

A comprehensive database designed for industry, agencies, and academia to search the abundance of federal laboratories, facilities and equipment, programs, and funding resources available to aid business development and accelerate technology transfer.

A tool that provides a free one-stop shop to locate licensing opportunities for a particular type of technology anywhere in our nationwide system of federal labs and research centers.

President Obama released a Presidential Memorandum, “Accelerating Technology Transfer and Commercialization of Federal Research in Support of High-Growth Businesses,” under his “Startup America” initiatives which were designed to foster entrepreneurship and innovation by increasing the rate of technology transfer and economic impact from federal R&D. The policy outlined the actions to be taken to establish goals and measure agency performances, streamline administrative processes, and promote local and regional partnerships to accelerate technology transfer and support private sector commercialization.

Recognizes the success of CRADAs for federal technology transfer and broadens the CRADA licensing authority to include preexisting government inventions to make CRADAs more attractive to private industry to increase the transfer of federal technology.

Amended the Stevenson-Wydler Act to make CRADAs more attractive to both federal labs, scientists, and to private industry. The law provides assurance to U.S. companies that they will be granted sufficient intellectual property rights to justify prompt commercialization of inventions arising from a CRADA with a federal lab.

This Act broadened the definition of a laboratory to include weapons production facilities at the DOE.

The National Defense Authorization Act for FY 1993 (P.L. 102-484) extended the potential for CRADAs to some Department of Defense-funded FFRDCs not owned by the government. 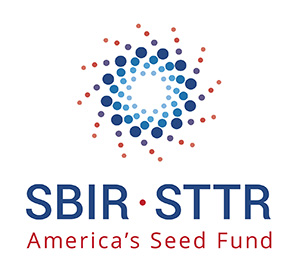 The American Technology Preeminence Act of 1991 contained several provisions covering the FLC and the use of CRADAs. The mandate for the FLC was extended to 1996, the requirement that the FLC conduct a grant program was removed, and a requirement for an independent annual audit was added. With respect to CRADAs, the Act included intellectual property as a potential laboratory contribution under CRADAs. The exchanging of intellectual property among the parties to an agreement was allowed. It also allowed laboratory directors to give excess equipment to educational institutions and nonprofit organizations as a gift.

The Defense Authorization Act for FY 1991 (P.L. 101-510) established model programs for national defense laboratories to demonstrate successful relationships between the federal government, state and local governments, and small businesses and permitted those laboratories to enter into a contract or a Memorandum of Understanding with an intermediary to perform services related to cooperative or joint activities with small businesses. This established Partnership Intermediary Agreements.

Established technology transfer as a laboratory mission for government-owned, government operated (GOGOs) and government-owned, contractor operated (GOCO) employees. NCTTA also established congressional intent that Cooperative Research and Development Agreements (CRADAs) be performed in a manner that fosters the competitiveness of the U.S. industry.

The National Institute of Standards and Technology Authorization Act for FY 1989 (P.L. 100-519) permitted contractual consideration for intellectual property rights other than patents in CRADAs, and included software developers as eligible for technology transfer awards.

The Omnibus Trade and Competitiveness Act of 1988 emphasized the need for public/private cooperation in realizing the benefits of R&D, established centers for transferring manufacturing technology, established Industrial Extension Services and an information clearinghouse on state and local technology programs, and extended royalty payment requirements to non-government employees of federal laboratories. It also changed the name of the National Bureau of Standards to the National Institute of Standards and Technology (NIST) and broadened its technology transfer role, including making NIST the FLC’s host agency.

Executive Order 12591, Facilitating Access to Science and Technology (1987), was written to ensure that federal laboratories and agencies assist universities and the private sector by transferring technical knowledge. The order required agency and laboratory heads to identify and encourage individuals who would act as conduits of information among federal laboratories, universities, and the private sector. It also underscored the government’s commitment to technology transfer and urged GOGOs to enter into cooperative agreements to the limits permitted by law.
The order also promoted commercialization of federally funded inventions by requiring that, to the extent permitted by law, laboratories grant to contractors the title to patents developed in whole or in part with federal funds, as long as the government is given a royalty-free license for use.

Established and was the second major piece of legislation to focus directly on technology transfer. The law also established a charter and funding plan for the FLC.

Established technology transfer as a mission of the federal government. 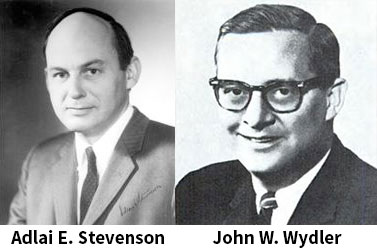 Provided exclusive rights to inventions arising under funding agreements with federal agencies to small businesses and nonprofit organizations agreeing that products embodying the invention will be manufactured substantially in the U.S. 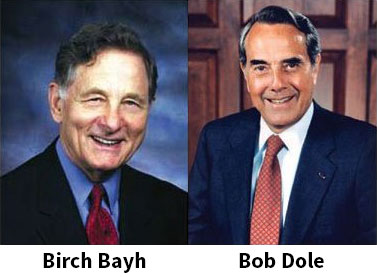 1974
Organization of the FLC
The Federal Laboratory Consortium, in its earliest form, is born.