John Dement: Rejuvenating the FLC through positivity, partnership, and a Strategic Plan

John Dement’s ability to bring parties together in a friendly, collaborative manner and his dedicated advocacy for progress in technology transfer have benefited the FLC in numerous ways.

As chair of the FLC from 2017 to 2021, Dement guided the organization on a path of growth, capping off a career of service to the federal tech transfer community. Even while lobbying for evolution and change, Dement maintained the humble, down-to-earth friendliness he brings to everything he does.

Dement will long be remembered as the FLC chair who spearheaded a Strategic Plan for the FLC with a focus on three guiding principles (Promote, Educate and Facilitate) and opted to join forces with AUTM as a cooperative partner rather than continuing with the FLC’s traditional organizational management model.

“John’s many years of service to the FLC have significantly advanced the profession of technology transfer for all. As FLC chair, John charted a bold new course through a visionary strategic planning effort that rejuvenated the FLC and put it on a solid foundation for the future,” said Paul Zielinski, FLC executive director.

Dement is a tech transfer professional with the Department of Defense’s Naval Surface Warfare Center, Crane Division. NSWC Crane has a reputation for delivering comprehensive, innovative solutions to the warfighter, and technology transfer is an integral part of its ability do so. The lab’s positive technology transfer culture is something Dement brought to the FLC.

Dement became involved with the FLC many years ago and ran for office in 2008 to find more opportunities to contribute. He has been an active FLC volunteer on regional and national levels.

“John’s many years of service to the FLC have significantly advanced the profession of technology transfer for all. As FLC chair, John charted a bold new course through a visionary strategic planning effort that rejuvenated the FLC and put it on a solid foundation for the future,” — Paul Zielinski, FLC Executive Director

He served three terms as an FLC member-at-large (MAL), two terms as Midwest regional coordinator, and two terms as chair. As a member of the Education Committee, he led the updating of the FLC Desk Reference. Also, under an Intergovernmental Personnel Act (IPA) agreement with the state of Indiana, he proposed and developed an advanced training course on “Strategic T2: Engaging the Ecosystem” and has taught the course at FLC National Meetings.

As chair, Dement led several initiatives to build the FLC’s reputation as a resource for technology transfer professional development and as a wellspring of partnership opportunities for entrepreneurs and small businesses.

Dement oversaw many “firsts” for the FLC — starting with the first external study on the organization, which led to the Strategic Plan, the cooperative agreement with AUTM and the first full-time Executive Director position. These developments, along with restructuring of the FLC Executive Board and numerous updates to the organization’s bylaws, have strengthened the FLC and allowed its Executive Board to become more strategic, agile and productive. 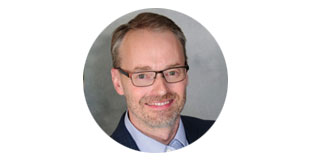