A vaccine developed by the U.S. Department of Agriculture’s Agricultural Research Service (USDA ARS) and commercialized in Vietnam is uniquely positioned to help control the deadly African swine fever (ASF) pandemic in Southeast Asia and prevent it from spreading to the U.S.

ASF is a devastating, highly contagious viral disease of domestic and wild pigs, with mortality rates approaching 100%. At first localized to sub-Saharan Africa, since 2007 ASF has spread to Europe and Southeast Asia, creating a pandemic that decimated the world’s pig population in 2019.

A new wave of ASF outbreaks that began in 2021 is again threatening food security and raising pork prices to historic highs worldwide. The potential introduction of ASF in the U.S. — the world’s third-largest swine producer after Europe and China — is a serious concern for the nation’s pork industry.

Researchers across the globe have tried unsuccessfully in the past 50 years to develop a safe and efficacious ASF vaccine. In 2008, scientists at the ARS Plum Island Animal Disease Center began a long, arduous genetic engineering process that ultimately led to the creation of an effective ASF vaccine, which was patented in 2019.

Realizing that preventing an ASF outbreak in the U.S. would require controlling the disease in endemic regions (where it already existed), the ARS researchers believed it was important to transfer the technology to a commercial partner in an ASF-endemic country. A commercial ASF vaccine has never been used to control and prevent the virus’s spread in an endemic country.

A visit to Vietnam in February 2020 — despite the COVID-19 crisis — initiated discussions between ARS and the National Veterinary Joint Stock Company (NAVETCO). One of the biggest veterinary pharmaceutical companies in Vietnam, NAVETCO had valuable experience conducting the clinical trials needed for approval from that country’s regulatory authorities.

In September 2020, materials were shipped to NAVETCO — no small feat during a pandemic. The company produced the first batches of the vaccine, conducted clinical studies, and submitted the results to Vietnamese regulatory authorities in February 2021. ARS researchers are now working with NAVETCO to determine the safety and efficacy of the vaccine under commercial production conditions.

Since ASF has now spread to 15 countries in Asia, it may take some time before the virus is fully controlled, but the availability of a commercial vaccine is a key step toward preventing it from spreading to the U.S. and other regions. 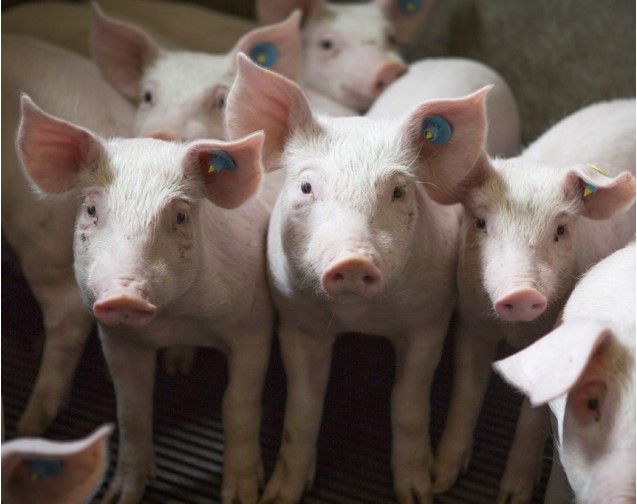