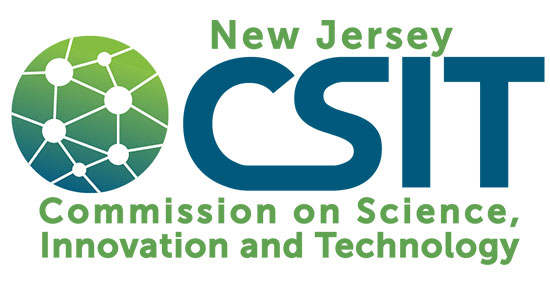 The New Jersey Commission on Science, Innovation and Technology (CSIT), an FLC partner, announced January 11 that 37 early-stage companies have been awarded a total of $1,075,000 in funding as part of Round 3 of the Direct Financial Assistance component (Phase I&II) of the Small Business Innovation Research (SBIR) and Small Business Technology Transfer Program (STTR). To date, the CSIT has awarded a total of $1.9 million to 66 Garden State companies during the program’s three funding rounds.

Each of these early-stage companies is currently engaged in the federal SBIR and/or STTR programs. The awards will fortify the state’s innovation economy by giving these New Jersey-based businesses the strength and resources they need to be competitive when participating in federal programs.

The federal SBIR and STTR grant programs provide more than $3 billion each year to small businesses in a variety of technology and life sciences areas that propose innovative ideas that meet specific federal research and development (R&D) needs.

This third round of the program awarded $1,075,000 million in grants to 37 New Jersey small businesses in two program components:

Bridge funding— awarded $50,000 grants totaling $300,000 to six New Jersey small businesses that have successfully completed Phase I and have applied for Phase II of the federal SBIR/STTR program.

“Thanks to the resources from the CSIT SBIR/STTR Direct Financial Assistance Program, New Jersey is taking bold steps to achieve Governor Murphy’s goal of building the most competitive innovation ecosystem in the country,” said CSIT Chairman Gunjan Doshi.

CSIT Executive Director Judith Sheft noted that the number of awardees has tripled from 12 awardees in Round 1 to 37 in Round 3. Furthermore, 11 of the 37 companies have affiliations with four New Jersey research universities through license agreements for innovative technologies.

“This program is helping to accelerate the growth of innovation-focused companies in New Jersey, and we are thrilled to see small businesses take advantage of these critical resources,” said CSIT Executive Director Judith Sheft. “During this latest round of funding, participating companies were able to leverage the SBIR grant to over $18 million in additional federal funding.”

“The creativity and diversity of New Jersey’s innovation and technology community combined with the availability of financial resources create a compelling value proposition for savvy entrepreneurs,” said State Senator Paul Sarlo. “Seeing how early-stage companies benefit from programs like the New Jersey SBIR/STTR Direct Financial Assistance Program will help to attract other small businesses to the Garden State.”

Assemblyman Christopher DePhillips also expressed his appreciation for the state’s creative and diverse ecosystem as the foundation for businesses to start, grow, and stay in New Jersey.

“Human capital, a diverse population, proximity to two major markets such as Philadelphia and New York City, and one of the top educational networks in the country are key elements for attracting small businesses to the Garden State,” DePhillips said. “By aggregating federal and state resources for emerging companies the state presents fertile ground for starting and growing a company.”