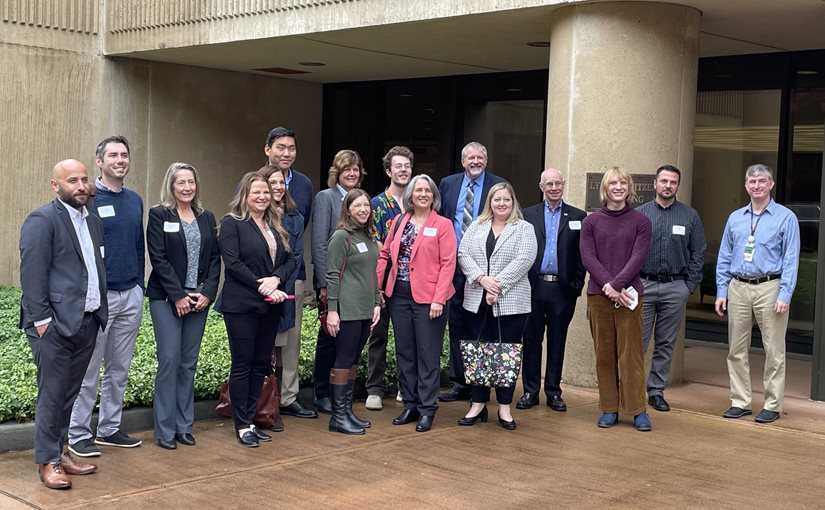 With the start of the 2022-2023 Fiscal Year on October 1 came the start of new board terms for a number of FLC Executive Board members. Board elections were held in June of 2022 for those who recently began their two year terms of service.

Thomas Stackhouse, the Director for the Technology Transfer Center (TTC) at the National Cancer Institute (NCI), within the National Institutes of Health (NIH), was elected as the FLC Member-at-Large. In his role at the NIH, he oversees the management and technology transfer programs of the patent portfolio and marketing activities for the NCI and nine other institutes.

Vladimir Popov was elected Mid-Atlantic Regional Coordinator. He is the Director of the Partnership Development Office (PDO) at the Frederick National Laboratory, NCI, where he is responsible for providing comprehensive project management oversight of partnership project objectives, as well as developing and maintaining relationships between client organizations and local business communities in Maryland.

Annie E. Bullock-Yoder was elected Midwest Regional Coordinator. She is a member of the Technology Transfer Office at the Naval Surface Warfare Center (NSWC), Crane Division, where she serves as the intellectual property (IP) and licensing specialist.

Jennifer Stewart of the Naval Surface Warfare Center, Corona Division, was elected Far West Regional Coordinator. In her role at NSWC, she serves as the Office of Research and Technology Applications (ORTA) representative and the Small Business Innovation Research (SBIR) lead.