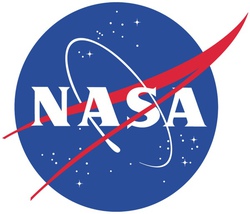 Using technology developed by the National Aeronautics and Space Administration (NASA), researchers for the first time have spotted short-term, regional fluctuations in atmospheric carbon dioxide (CO2) across the globe due to emissions from human activities.

Using a combination of NASA satellites and atmospheric modeling, the scientists performed a first-of-its-kind detection of human CO2 emissions changes. The new study uses data from NASA’s Orbiting Carbon Observatory-2 (OCO-2) to measure drops in CO2 emissions during the COVID-19 pandemic from space. With daily and monthly data products now available to the public, this opens new possibilities for tracking the collective effects of human activities on CO2 concentrations in near real-time.

Previous studies investigated the effects of lockdowns early in the pandemic and found that global CO2 levels dropped slightly in 2020. However, by combining OCO-2’s high-resolution data with modeling and data analysis tools from NASA’s Goddard Earth Observing System (GEOS), the team was able to narrow down which monthly changes were due to human activity and which were due to natural causes at a regional scale. This confirms previous estimates based on economic and human activity data.

The team’s measurements showed that in the Northern Hemisphere, human-generated growth in CO2 concentrations dropped from February through May 2020 and rebounded during the summer, consistent with a global emissions decrease of 3% to 13% for the year.

The results represent a leap forward for researchers studying regional effects of climate change and tracking results of mitigation strategies, the team said. The method allows detection of changes in atmospheric CO2 just a month or two after they happen, providing fast, actionable information about how human and natural emissions are evolving.

Carbon dioxide (CO2) is a greenhouse gas present in the atmosphere and its concentration changes due to natural processes like respiration from plants, exchange with the world’s oceans, and human activities like fossil fuel combustion and deforestation. Since the Industrial Revolution, the concentration of CO2 in the atmosphere has increased nearly 49%, passing 400 parts per million for the first time in human history in 2013.

When governments asked citizens to stay home early in the COVID-19 pandemic, fewer cars on the road meant steep drops in the amount of greenhouse gases and pollutants released into the atmosphere. But with CO2, a “steep drop” needs to be put in context, said Lesley Ott, a research meteorologist at NASA’s Global Modeling and Assimilation Office at Goddard Space Flight Center in Greenbelt, Maryland. This gas can last in the atmosphere for up to a century after it is released, which is why short-term changes could get lost in the overall global carbon cycle – a sequence of absorption and release that involves natural processes as well as human ones. The lockdowns of early 2020 are one small part of the total CO2 picture for the year.

“Early in 2020, we saw fires in Australia that released CO2, we saw more uptake from plants over India, and we saw all these different influences mixed up,” Ott said. “The challenge is to try to disentangle that and understand what all the different components were.”

Up until recently, measuring these kinds of changes wasn’t possible with satellite technology. NASA’s OCO-2 satellite has high-precision spectrometers designed to pick up even smaller fluctuations in CO2, and combined with the comprehensive GEOS Earth system model, were a perfect fit to spot the pandemic-related changes.

“OCO-2 wasn’t designed for monitoring emissions, but it is designed to see even smaller signals than what we saw with COVID,” said lead author Brad Weir, a research scientist at Goddard and Morgan State University. Weir explained that one of the OCO-2 mission research goals was to track how human emissions shifted in response to climate policies, which are expected to produce small, gradual changes in CO2. “We hoped that this measurement system would be able to detect a huge disruption like COVID.”

The team compared the measured changes in atmospheric CO2 with independent estimates of emissions changes due to lockdowns. In addition to confirming those other estimates, the agreement between emissions models and atmospheric CO2 measurements provides strong evidence that the reductions were due to human activities.

GEOS contributed important information on wind patterns and other natural weather fluctuations affecting CO2 emission and transport. “This study really is bringing everything together to attack an enormously difficult problem,” Ott said.

The team’s results showed that growth in CO2 concentrations dropped in the Northern Hemisphere from February through May 2020 (corresponding to a global emissions decrease of 3% and 13%), which agreed with computer simulations of how activity restrictions and natural influences should affect the atmosphere.

The signal wasn’t as clear in the Southern Hemisphere, thanks to another record-breaking climate anomaly: The Indian Ocean Dipole, or IOD. The IOD is a cyclical pattern of cooler-than-normal oceans in Southeast Asia and warmer-than-normal oceans in the eastern Indian Ocean (“positive” phase) or the reverse (“negative” phase). In late 2019 and early 2020, the IOD experienced an intense positive phase, yielding a plentiful harvest season in sub-Saharan Africa and contributing to the record-setting Australian fire season. Both events strongly affected the carbon cycle and made detecting the signal of COVID lockdowns difficult, the team said – but also demonstrated GEOS/OCO-2’s potential for tracking natural CO2 fluctuations in the future.

GEOS/OCO-2 data power one of the indicators in the COVID-19 Earth Observing Dashboard, a partnership between NASA, the European Space Agency, and the Japan Aerospace Exploration Agency. The dashboard compiles global data and indicators to track how lockdowns, dramatic reductions in transportation, and other COVID-related actions are affecting Earth’s ecosystems.

The GEOS-OCO-2 assimilated product is available for free download, making it accessible to researchers and students who want to investigate further.

“Scientists can go to this dashboard and say, ‘I see something interesting in the CO2 signal; what could that be?’” said Ott. “There’s all kinds of things we haven’t gotten into in these data sets, and I think it helps people explore in a new way.”

In the future, the new assimilation and analysis method could also be used to help monitor results of climate mitigation programs and policies, especially at the community or regional level, the team said.

“Having the capability to monitor how our climate is changing, knowing this technology is ready to go, is something we’re really proud of,” Ott said.