Researchers from the U.S. Department of Agriculture’s Agricultural Research Service (ARS) partnered with a cotton farmer, a trauma dressing company and a university to develop two special types of non-woven cotton dressings that treat for bleeding control and infection prevention.

The ability to control bleeding and prevent infection in traumatic wounds is essential for warfighters and emergency responders, especially those in isolated or remote areas, since delays in treatment can lead to serious complications, including sepsis.

The success of the products will also provide a needed boost to the U.S. cotton textile industry, which has faced high surpluses and decreasing demand for more than a decade due to foreign competition and the growth of petroleum-based synthetic materials.

The dressing is 60% more absorbent and 30% lighter than regular bleached cotton gauze, sheds fewer fibers and has suitable properties for the Individual First Aid Kits that are standard issue for soldiers going into battle.

Scientists at the Medical College of Virginia worked with ARS to determine how the dressing affected clotting times for fresh platelet-containing blood, which behaves differently from the blood samples typically used in laboratory clotting experiments.

After the 2014 publication of an ARS paper describing the potential of highly cleaned unbleached domestic cotton for bleeding control, H&H Medical Corp. — which sells military-grade trauma management products — expressed interest in commercializing the technology. This led to a Cooperative Research and Development Agreement (CRADA) between the two parties and T.J. Beall Corp., the textile company where CEO and cotton farmer Lawson Gary developed the intensely clean cotton used in the ARS paper.

Scientists at the Medical College of Virginia worked with ARS to determine how the dressing affected clotting times for fresh platelet-containing blood, which behaves differently from the blood samples typically used in laboratory clotting experiments. When the product was market-ready, Mogul, a Turkish nonwoven textile manufacturer with a facility in South Carolina, provided large-scale production (Mogul South Carolina was acquired by FiberTex Nonwovens in January 2019).

The dressing is now marketed as TACgauzeTM (TAC stands for “tactical”) for bleeding control and is the first U.S.-produced cotton dressing that uses only domestic cotton, exceeding the 80% level needed for goods used by the Department of Defense to be Berry Amendment compliant. The dressing also provides a U.S.-made surgical gauze for supply to the DoD that is sustainable and resistant to supply chain disruptions.

A second dressing (BIOgauze) designed to prevent infection as well as control bleeding will be made available to the DoD as well. Infusion with a small amount of ascorbic acid causes the TACgauze material to release hydrogen peroxide at levels that promote healing and prevent nearly 100% of bacterial growth. Like TACgauze, BIOgauze is Berry Amendment compliant and intended to facilitate affordable wound treatment on the battlefield or in other situations involving less than ideal conditions. 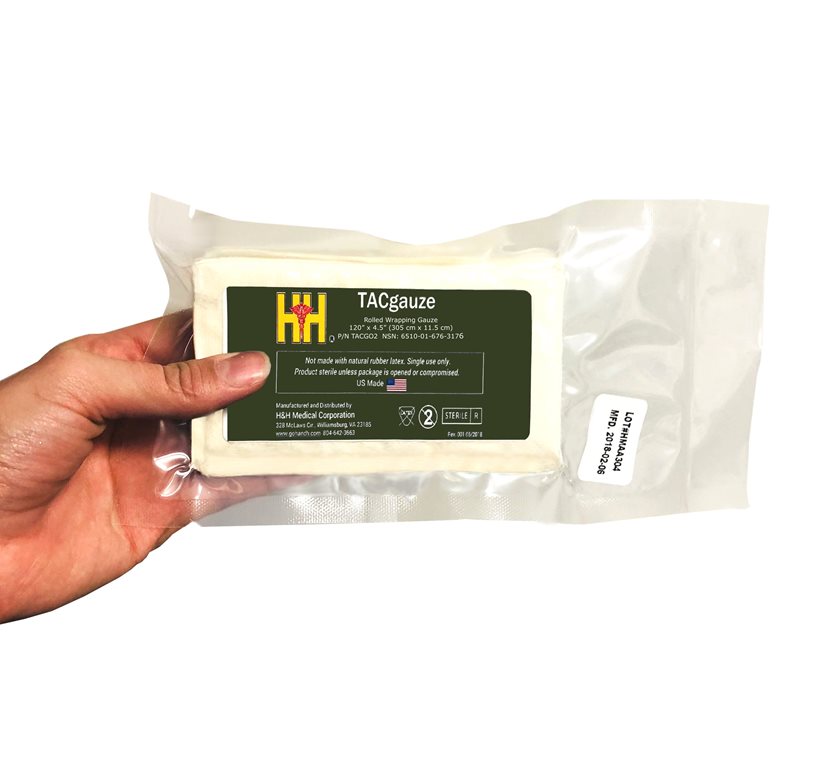