As director of the Department of Veterans Affairs (VA) Technology Transfer Program, Dr. John Kaplan has rebuilt, restructured and transformed the program to more fully reflect the scope and life-changing potential of research conducted across the VA and its nationwide network of medical centers.

After his appointment in 2016, Kaplan’s primary focus involved enforcing intellectual property (IP) rights and obligations for inventions and commercialized products developed with VA research resources. Since primary investigators typically hold dual appointments with a VA medical center and a nearby academic affiliate, some jointly developed inventions had been submitted to the academic affiliate but not to the VA — which lacked the ability to track activities across its research enterprise.

Kaplan and his team reviewed agreements with 80 VA academic partners and converted 78 of them to entirely new agreements that ensure more equitable sharing of responsibilities, revenues and expenses between the VA and its affiliates.

He also initiated the VA’s first program to audit IP management by academic affiliates — a multiyear effort that identified hundreds of undisclosed projects conducted by dual-appointed researchers and supported by the VA. The audit recouped significant royalties for the VA from commercialized innovations, including the VA’s largest-ever single royalty payment of more than $1 million.

The Technology Transfer Assistance Project (TTAP), which leverages the manufacturing capabilities at three VA medical centers to develop prototypes of VA innovations, enabled technology demonstrations for potential partners that can boost interest in commercialization. Innovations benefiting from the TTAP initiative have included a computer mouse designed for veterans using prosthetic hooks, a cord organizer for use during surgery devised by a general surgeon, and an endoscopic catheter to collect bodily fluids without contamination, to name a few.

Recognizing that innovations can — and do — surface from departments other than research and development, Kaplan has expanded his staff’s T2 education efforts to all VA employees. Employee-developed innovations that have received patents now include an improvement to custodial carts, proposed by a member of the housekeeping staff, that improved the ability to clean hospital floors, as well as a casket handling system developed by engineers from the National Cemetery Administration.

These and other initiatives have contributed to a dramatic increase in numbers of invention disclosures and patents. Annual invention disclosures more than doubled in Kaplan’s first year, reached a record 724 in 2019, and at the time of this award submission were on track to break that record in fiscal 2021. The program also saw a record 61 U.S. patents issued and 71 licensing agreements in fiscal 2019, as well as a record $3 million in royalty revenue collected, up from $3,000 in fiscal 2016. 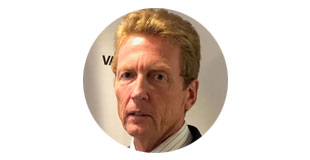