After Jet Propulsion Laboratory (JPL) engineers and scientists conceptualized and developed a simple and scalable ventilator for COVID-19 patients in just over a month, the laboratory’s tech transfer team took the pandemic response baton and ran with it — making licenses available for free to maximize the device’s availability and impact.

On April 30, 2020, the Food and Drug Administration (FDA) issued an emergency use authorization (EUA) for JPL’s VITAL (Ventilator Intervention Technology Accessible Locally). By early November, there were 29 licensees from six continents.

When the pandemic began in March 2020, JPL tapped more than 50 engineers and other professionals to develop and test a low-cost ventilator design that could be made quickly and in volume to bolster scarce stocks of traditional hospital ventilators during the COVID-19 pandemic.

Just 37 days later, the JPL team had designed, built and tested VITAL, a breathing aid to help COVID-19 patients and to preserve the full-featured hospital ventilators for the most critical patients.

This timeline is nearly unheard of in medical device development. In JPL terms, the team would say it crammed an entire planetary flight mission — from formulation to launch to landing — in just over a month.

The ventilator had to provide specific high-pressure oxygen flow rates used to treat COVID-19 patients battling acute respiratory distress syndrome; it had to be made of fewer parts than a typical hospital ventilator to keep costs down; and parts had to be widely available in the U.S. supply chain and differ from parts used in traditional ventilators so that manufacturing VITAL wouldn’t block the production of other ventilators.

A second VITAL design is tailored for use in field hospitals being set up across the country and around the globe. Intended to last three or four months, the new device does not replace current hospital ventilators, which can last years and are built to address a broader range of medical issues.

A crucial part of the licensing strategy was to monitor the performance of the VITAL licensees, which report quarterly on their progress.

JPL and the California Institute of Technology (Caltech) offered a non-exclusive, time-limited, free license for VITAL to maximize the number of licensees around the world. A thorough proposal and vetting process ensured that licensees would be capable of manufacturing the ventilator.

At the time of award submission in early November, the 29 licensees included nine U.S. companies and 20 international companies. A Brazilian licensee is in detailed negotiations with the ministries of defense and health in Brazil for 3,000 units under that country’s EUA equivalent, which was granted on Aug. 24.

A crucial part of the licensing strategy was to monitor the performance of the VITAL licensees, which report quarterly on their progress. At the end of the second reporting period on Oct. 31, 43% of licensees were developing products, 12 had prototypes developed and eight were putting together regulatory submissions. 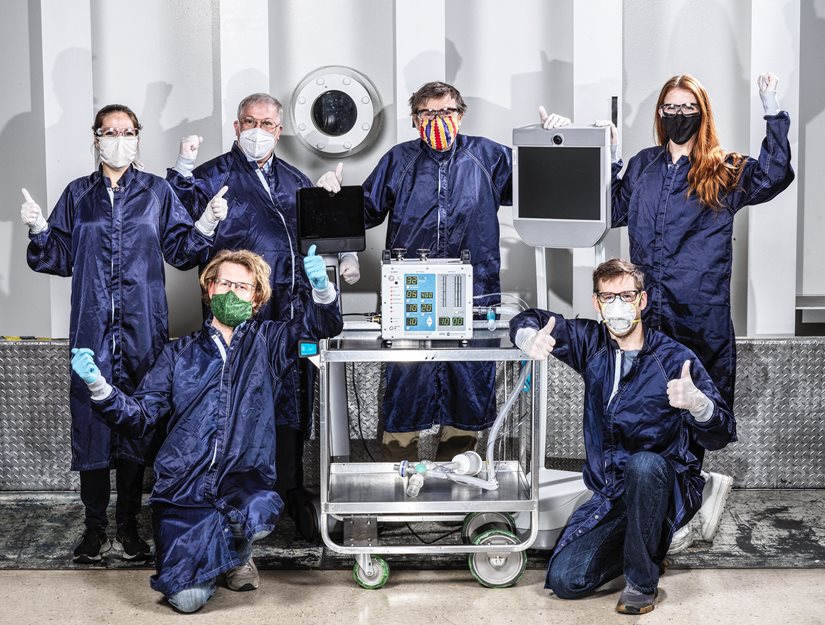