Brought together by a shared mission to eliminate the testing of nuclear weapons worldwide, several federal agencies, government contractors, and private industry established a unique partnership to develop and commercialize a radioxenon monitoring system to detect nuclear weapons testing. The effort included the Department of State (DOS), Department of Defense (DoD), Department of Energy (DOE), and Teledyne Brown Engineering (TBE).

The Comprehensive Nuclear Test Ban Treaty (CTBT) is a multilateral treaty that bans any type of nuclear explosion. The United States signed the CTBT in 1996 and supports the establishment and operation of the International Monitoring System (IMS). The IMS monitors countries’ compliance with the CTBT’s ban on all nuclear explosions—underground, underwater, or in the atmosphere. A primary method used to identify nuclear explosions is through the detection of trace amounts of noble gases, particularly radioxenon.

The data obtained through the IMS is continuously reported to national data centers around the world, where the data is reviewed and categorized. Due to the significant impacts of potential findings, noble gas monitoring systems must operate with great sensitivity and reliability in order to provide accurate information.

The first radioxenon monitoring systems were custom prototypes put together by several countries, including the United States. These systems were tested and compared over a number of years, with a number of needed improvements identified. It became apparent that no single U.S. government agency had full responsibility for implementing the improvements or making the system commercially available as ultimately needed for long-term operations. Thus began the partnership among several agencies, a national laboratory, and a commercial vendor.

The Comprehensive Nuclear Test Ban Treaty (CTBT) is a multilateral treaty that bans any type of nuclear explosion.

Xenon International is designed to stringent national and international requirements that make it a high performance next-generation-system for use in nuclear explosion monitoring networks such as the CTBT IMS. The Xenon International is a field-based system that continuously monitors for radioxenon gases released from an underground nuclear weapons test.

The transfer of the Xenon International technology began in July 2013 when, recognizing the need to bring on a commercial partner as a collaborator early in the process, PNNL selected TBE from a pool of solicited candidates as the subcontractor. The level of collaboration between the two entities spanned from concept to fabrication, resulting in a commercial license signed in May 2017 that grants TBE the rights to build and sell Xenon International systems worldwide.  PNNL continues to collaborate with TBE, DOE, and the DoD to finalize testing as manufacturing begins. The Air Force Technical Applications Center is positioned to be the first customer to purchase the units in 2019. 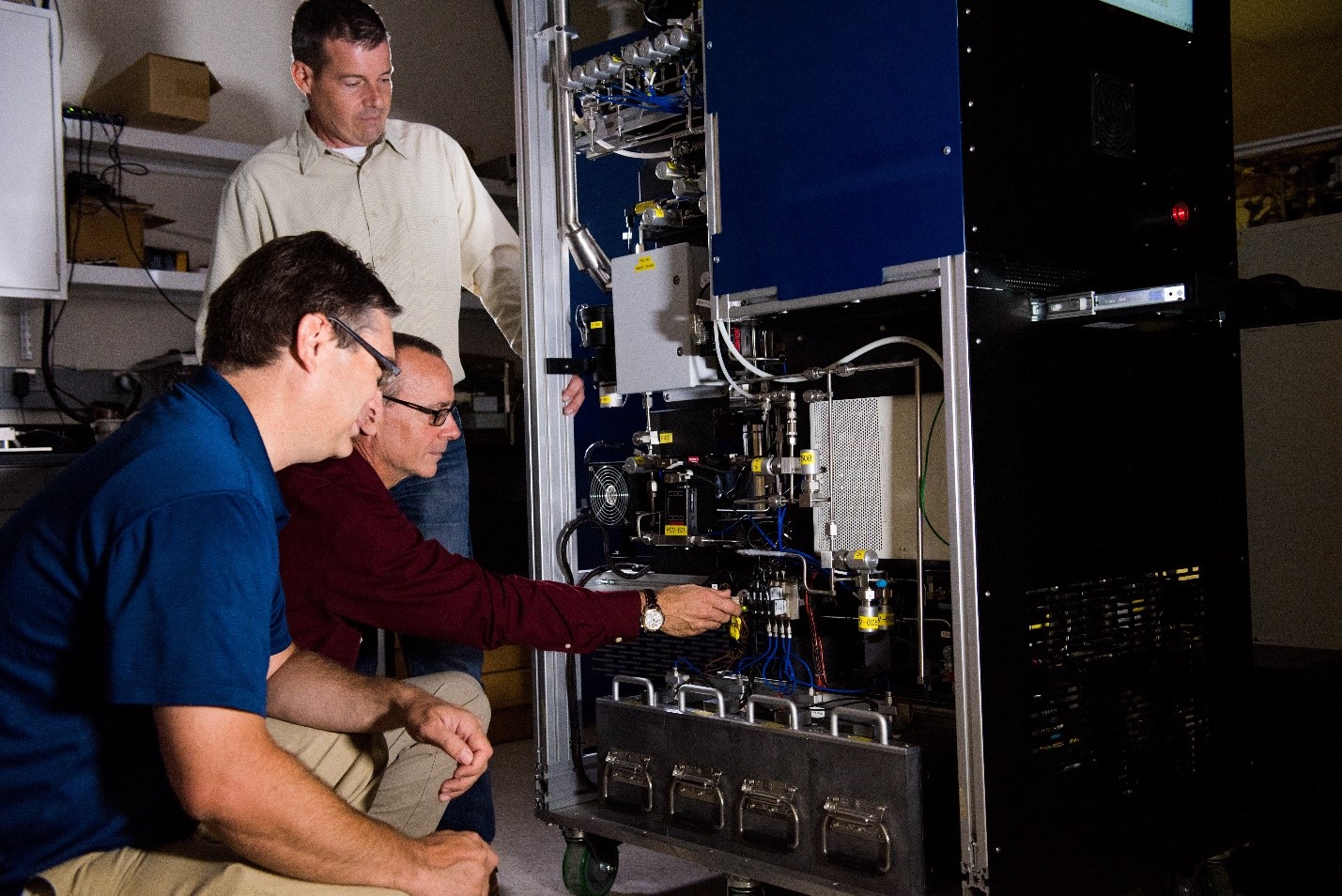