Shortly after Jason Martinez became a Cooperative Research and Development Agreement (CRADA) specialist at Sandia National Laboratories in June 2013, he met with a group of principal investigators at an open poster session and discovered that none of them had heard of a CRADA.

That experience inspired Martinez to develop and implement Sandia’s first CRADA Strategy. Since its implementation in 2015, the CRADA Strategy has helped the Sandia CRADA portfolio grow and set records each year.

The strategy generates growth opportunities through education and outreach; builds, manages and leverages relationships across organizational boundaries; and promotes CRADAs as a mechanism to harness the innovation of industry and enhance laboratory capabilities. A big part of the strategy involves educating researchers and managers about CRADAs as an asset to advance Sandia’s mission while facilitating technology transfer (T2) in ways that will benefit the US economy.

Martinez has shared his experience and the success of Sandia’s CRADA Strategy with other Department of Energy (DOE) laboratories through the Technology Transfer Working Group (TTWG). He has also taken a temporary assignment at SLAC National Accelerator Laboratory, where he developed tools and a strategic plan for that laboratory’s T2 program. He also chaired a working group to propose changes to the CRADA DOE Order to bring consistency to contracts and statements of work.

Martinez has shared his experience and the success of Sandia’s CRADA Strategy with other Department of Energy (DOE) laboratories through the Technology Transfer Working Group (TTWG).

One example of Martinez’s creativity and innovation in transferring a specific technology was with the ongoing New Jersey Transit Corp. (NJT) TRANSITGRID Project, a first-of-its-kind electric microgrid for transportation, able to supply power during storms or other times of significant power failure. The project was conceived after Superstorm Sandy, which caused nearly $70 billion in damage in 2012.

Given the challenges inherent in balancing state and federal regulations, innovation was required for Sandia, a federal laboratory, and NJT, a state agency, to negotiate the terms of the $1 million umbrella CRADA. Multiple mechanisms and activities were used to facilitate the technology transfer, including a memorandum of understanding (MOU), a CRADA and a variety of funding sources. Although he had heard from other labs that the requirements of working with a state entity would be so burdensome as to be almost impossible, Martinez accepted the challenge, persevered, and came to an agreement on the CRADA terms and conditions, allowing the contract to be finalized.

The project continues to move ahead, with NJT announcing $46 million in funding from the Federal Transit Administration in June 2019 for the distributed-generation portion of the NJT TRANSITGRID project. Those funds are being matched with $15.2 million from the New Jersey Transportation Trust Fund Authority. None of the work performed under the CRADA would have been possible without Martinez’s ability to find creative solutions to meet the requirements of both the federal government and the New Jersey Constitution. 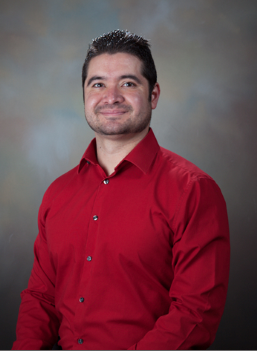