BayoTech, a manufacturer of modular hydrogen generation systems, is commercializing technology developed at Sandia National Laboratories to redefine the way hydrogen is produced from natural gas and to facilitate greater acceptance of hydrogen as a clean source of energy.

Currently, most hydrogen is generated in large production plants, liquefied, transported, and stored for days to weeks. By using BayoTech’s concept of multiple small, distributed systems instead of a single large hydrogen production system, many barriers to the acceptance of hydrogen as an energy source—the cost and dangers of liquefying, transporting, and storing it—are greatly reduced.

The BayoTech production unit features a novel dual-tube design: A small tube open at both ends is positioned inside a larger tube that is open at only one end. The chemicals to be reacted enter, and the resulting products exit through the same end. As the hot product gasses pass through the inner tube, they give off heat to the reactants passing in the opposite direction, therefore recovering heat that would otherwise need to be used in another process or discarded. The unit allows for a much smaller footprint than if conventional chemical process equipment is used. Due to its simple design, maintenance costs are also significantly reduced.

The bayonet reactor technology was licensed in 2015 by Hydrogen Inventions, the predecessor to BayoTech. There have been three amendments to the license since its execution.

The unit allows for a much smaller footprint than if conventional chemical process equipment is used. Due to its simple design, maintenance costs are also significantly reduced.

The excellence in this technology transfer story relates to how Sandia dealt with financial terms of the license. Sandia Licensing Executive Bob Westervelt came up with the idea of capacity-based licensing, allowing BayoTech to rent, lease, or sell equipment. Due to the units being modular, pricing was based on the capacity of the variously sized models. It doesn’t matter if the company is selling, leasing, or renting the equipment—in any scenario, the payments remain the same.

This gave the company flexibility. They could pay Sandia as each unit was manufactured, rather than the more common practice of payment when a unit is sold. This makes accounting simpler for both the lab and the company.

The company now has 30 employees, is headquartered in Albuquerque, NM, and is using a manufacturing partner, creating local jobs. This growth in jobs was partly enabled by investments from local venture capital firms, which have now invested more than $7 million of the $17 million invested so far in the company. Some of these investments require the company to be based in the state as a way to boost the local economy.

BayoTech’s success also helps the national economy and environment as the cost and carbon-intensity of hydrogen is lowered, enabling more people to switch to fuel cell vehicles. In addition, the on-site hydrogen production units manufactured in New Mexico will be used around the country and internationally, with revenue from all sales returning to the local economy. 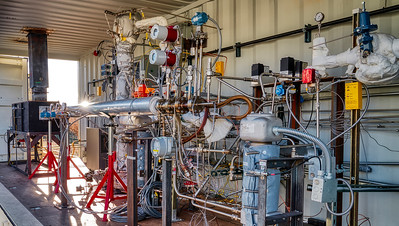