The secure, cloud-based system features AFRL technology that transcribes and triages information from multiple communications channels. It also has technology from Dayton, Ohio-based GlobalFlyte that includes a smartphone app to provide first responder location and status, an incident mapping feature with layers of site data, and a tethered drone that uploads real-time information. The AFRL technology was licensed by GlobalFlyte in 2016, and the integrated system is now commercially available as Aware by GlobalFlyte. The system provides secure real-time transcription texts and visualization, records of incident data, and the capability to highlight keywords such as “mayday” or “shots fired.”

It saves transmissions as audio files that users can listen to later, at regular or accelerated speeds. Users can read transcribed messages in real time, on any device with a screen, while also listening to radio channels.

The most significant outcome is the ability of Aware users to clearly monitor and assess messages from multiple groups (channels) that are all being sent simultaneously. Separating radio transmissions and providing transcriptions can increase comprehension of received information significantly, which leads to more accurate decisions as well as more efficient and effective responses that save lives and protect property.

The product is in use at many police and fire departments, several National Guard bases, the University of Cincinnati, and Wright-Patterson Air Force Base Security Forces, and is being considered for prisons and airports.

The system provides secure real-time transcription texts and visualization, records of incident data, and the capability to highlight keywords such as “mayday” or “shots fired.”

Aware’s technology transfer (T2) story began in 2014 when the Wright Brothers Institute introduced GlobalFlyte leadership to the scientists at AFRL’s 711th Human Performance Wing (711 HPW) who were involved in developing what was then called the Multi-Modal Communications (MMC) system.

On Nov. 20, 2015, the two partners signed a Cooperative Research and Development Agreement (CRADA), followed quickly by a patent license agreement (PLA) signed Jan. 11, 2016 — less than a week after 711 HPW’s MMC patent was issued. The exclusive license covered emergency response for state and local governments and for international ministries of defense.

In 2019, the laboratory’s T2 collaboration with GlobalFlyte was broadened via a two-year, $1.5 million Phase 2 grant to create, deploy and test a military version called WarFlyte. GlobalFlyte also recently partnered with the new Dayton-based company VyrticalXpress LLC, which signed an exclusive PLA with 711 HPW in April 2019, to license the MMC technology for medical use. Among the planned outcomes is improved cargo delivery for life-changing or time-critical missions, including transport of organs via drones along medical corridors.

Link to press release can be seen here. 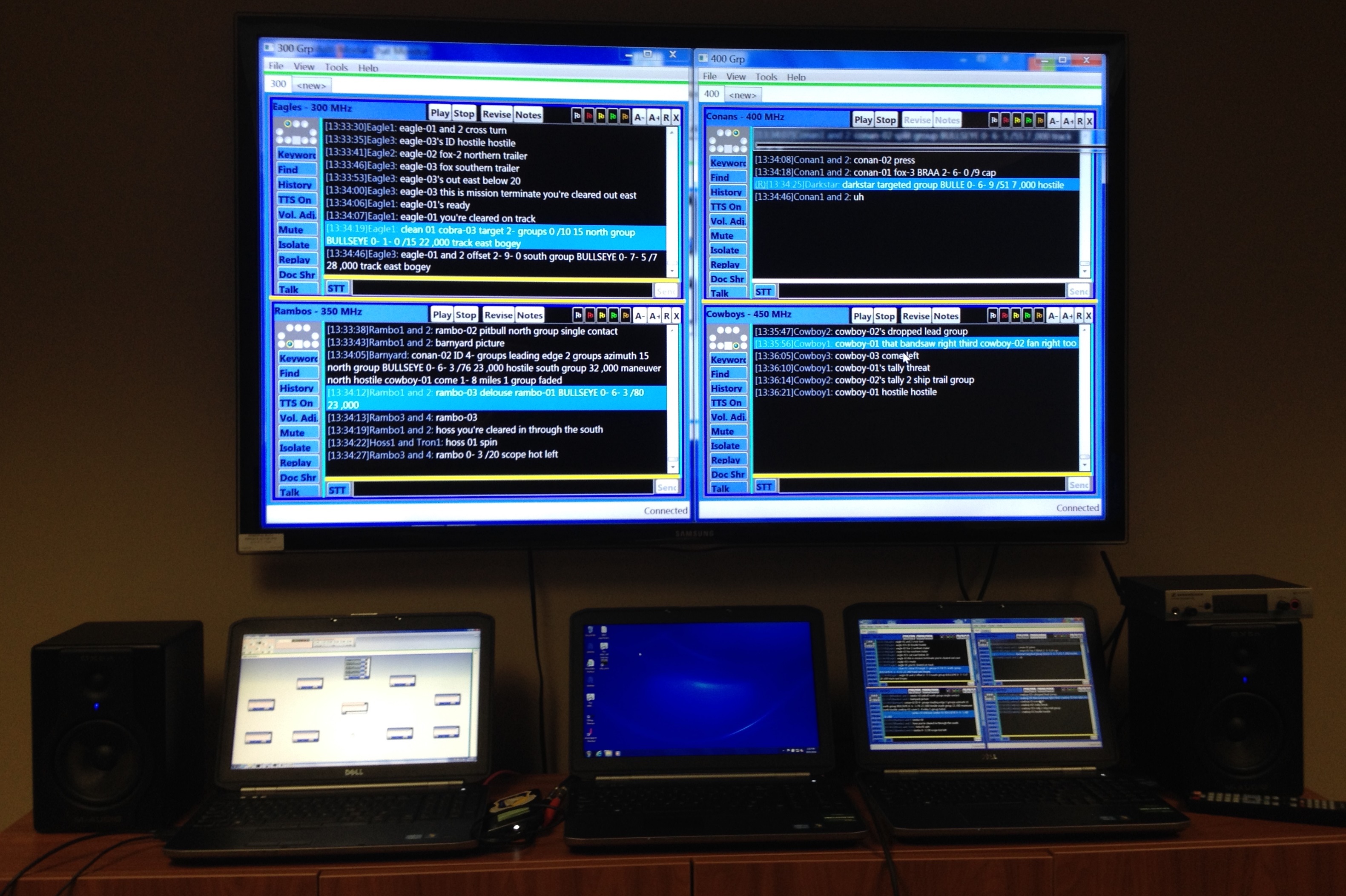