A personalized treatment approach developed by the National Cancer Institute (NCI) is providing hope for patients with an advanced cancer who have exhausted all other treatments.

A collaboration between NCI and Iovance Biotherapeutics of San Carlos, California, resulted in an ongoing clinical trial in which 44% of patients with advanced cervical cancer had a positive response to the new treatment — up to 11 times higher than response rates associated with conventional therapies. In addition, recent data from two trials at NCI in patients with metastatic melanoma, an aggressive skin cancer, confirmed that the new treatment was associated with high durable objective responses. In a 93-patient Phase 2 trial, the objective response rate (ORR) was 56%.

These promising clinical trial results are rooted in discoveries made by Dr. Steven Rosenberg, chief of the NCI Surgery Branch. Early in his career, Rosenberg observed the spontaneous regression of a terminal cancer patient’s tumor. He believed the remission had to do with the patient’s immune system. In the early stages of cancer, the immune system tries to fight by mobilizing special immune cells known as T lymphocytes. Rosenberg later identified tumor infiltrating lymphocytes (TILs; immune cells found in cancer tumors) that have cancer-fighting properties.

In 2011, NCI and Iovance (formerly Lion Biotechnologies) entered into a Cooperative Research and Development Agreement (CRADA) for the development and commercialization of adoptive cell therapy (ACT) using TILs to treat different types of solid cancers. ACT treats a patient using his or her own immune cells — extracting them, multiplying them and then reintroducing them into the patient.

The initial tech transfer launched the company’s effort to develop and clinically advance TIL therapy for patients with recurrent, metastatic or persistent cervical cancer and metastatic melanoma. Since then, NCI, Iovance and collaborators expanded TIL treatment to earlier lines of therapy for melanoma, head and neck, and non-small cell lung cancer patients.

A collaboration between NCI and Iovance Biotherapeutics of San Carlos, California, resulted in an ongoing clinical trial in which 44% of patients with advanced cervical cancer had a positive response to the new treatment — up to 11 times higher than response rates associated with conventional therapies.

Technology licenses between NCI and Iovance were established to grant Iovance rights to NIH’s TIL-related patents. Iovance then applied its own proprietary processes to streamline TIL manufacturing and conduct multisite clinical trials essential to obtaining Food and Drug Administration (FDA) approval.

In May 2019, the FDA gave the technology a Breakthrough Therapy designation for advanced cervical cancer. This designation is intended to expedite development and review of drugs for serious or life-threatening conditions. The criteria require preliminary clinical evidence demonstrating that the drug may be a substantial improvement over available therapies.

In June 2019, Iovance began construction of a state-of-the-art commercial-scale TIL production facility in Philadelphia. The facility is expected to create hundreds of jobs and meet demand for a therapy with potential to help thousands of patients with deadly, previously untreatable forms of cancer. 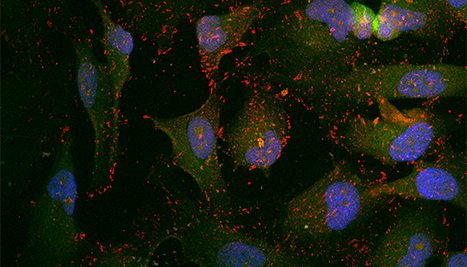