Wastewater management is about to become a lot less smelly, a lot less toxic, and a lot less expensive thanks to technology developed by the Agricultural Research Service for swine farms that is also being adapted for household septic systems.

The odors associated with wastewater treatment are well known. A jury recently awarded more than $50 million to 10 neighbors of a swine farm in Bladen County, North Carolina, partly because of the foul smells coming from the farm’s open-air wastewater tanks, called lagoons. But swine lagoons aren’t just annoying; they’re also a public health hazard. In North Carolina, the Research Triangle Institute estimated that reducing gaseous emissions of ammonia from the state’s swine farms by 50% could save $189 million per year because of improvements in human health.

Both the high ammonia concentration typical in livestock wastewater and cold winter temperatures inhibit nitrification (conversion of ammonia to nitrite, which is soluble in water). Conventional methods of promoting nitrification, such as constructing additional treatment tanks or covering the lagoons with plastic, can be very expensive.

Covering the lagoons in North Carolina alone would cost more than $320 million; the ARS lagoon capping units would cut that cost by more than half.

ARS scientists isolated a high-performance nitrifying sludge (HPNS) from manure that is effective at high ammonia levels and low temperatures. In addition to oxidizing the ammonia, the process substantially reduces the presence of odor-causing compounds in the wastewater.

The HPNS is introduced via floating media scaffolds, or capping units, which make it possible to treat just the top layer of wastewater rather than all of it. This process is significantly less expensive than the use of plastic lagoon covers or other conventional methods.

Covering the lagoons in North Carolina alone would cost more than $320 million; the ARS lagoon capping units would cut that cost by more than half.

ARS signed technology transfer agreements with Pancopia Inc. of Hampton, Virginia, to design and develop next-generation commercial units of the technology, and with Terra Blue Inc. of Clinton, North Carolina, to devise cost-effective ways of retrofitting it for livestock production farms.

In addition to swine lagoons, the technology can be adapted to wastewater lagoons for other types of livestock such as dairy, beef and poultry. The technology transfer process also identified new market segments that could benefit from this technology, such as household septic systems.

Pancopia is planning to incorporate HPNS in household septic tanks in the Chesapeake Bay watershed, at a fraction of the cost of current systems. Maryland will pay up to $13,000 of the cost to replace a septic tank with one that will remove nitrogen; replacing the state’s 52,000 critical septic systems could require a $676 million investment. HPNS could cut that cost by two-thirds, saving up to $446 million. 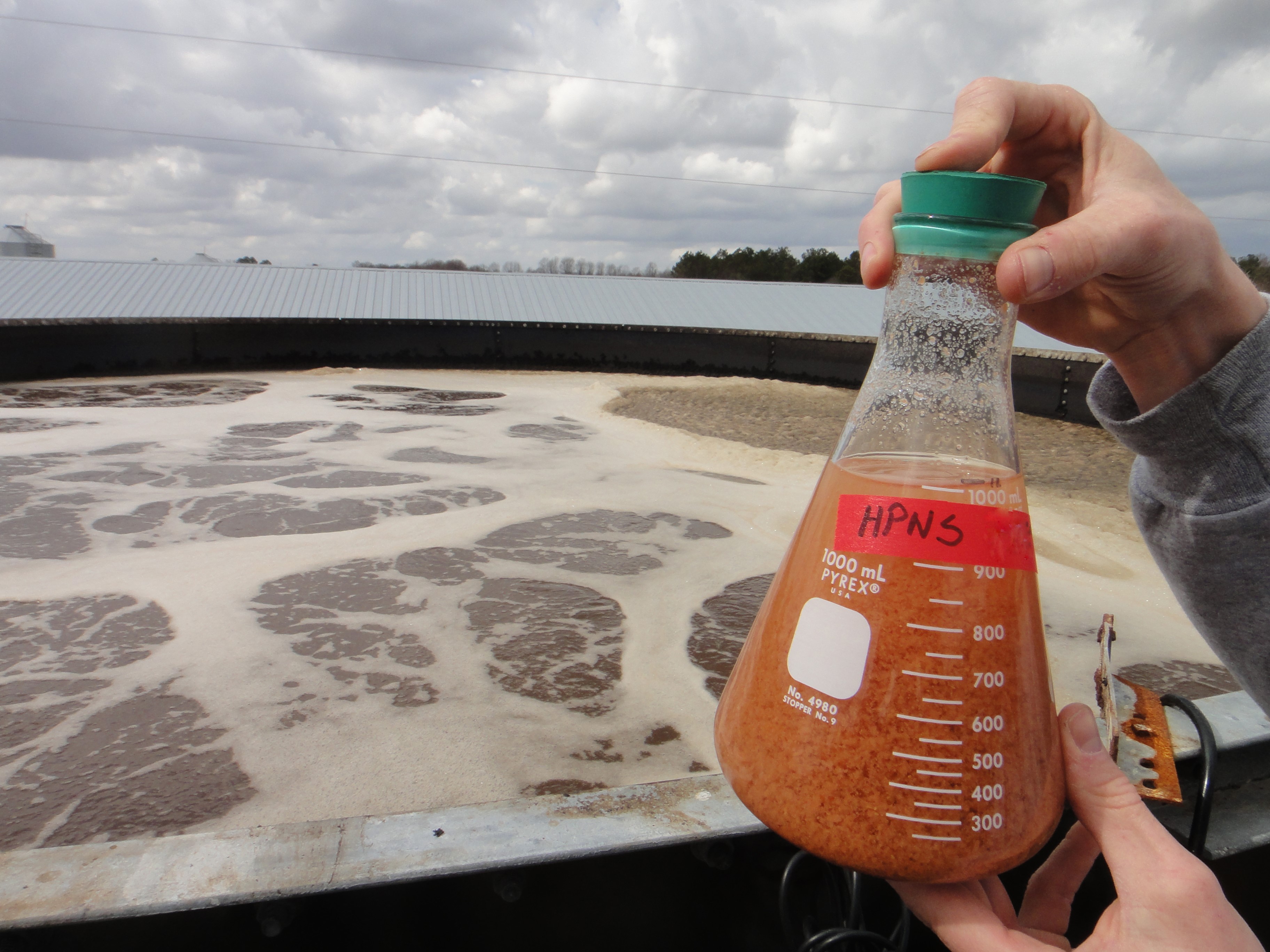