A new product developed by chemists at Los Alamos National Laboratory (LANL) is positioned to change the way the world does laundry, saving money and the environment one load at a time.

It’s a well-kept secret that laundry detergents—even those that market themselves as eco-friendly—are harmful to the environment. One reason involves chemicals called surfactants. Surfactants are the workhorses of laundry detergent and soaps, and their attraction to grease and dirt make them effective for washing those substances away. But these benefits often come with significant drawbacks.

One problem with surfactants is that many are made from petroleum feedstock, which comes with a big carbon footprint. Greener feedstock alternatives for synthesizing surfactants include natural oils, such as palm kernel and coconut oil, but these are costly, and using them to make surfactants competes with the food supply chain.

Another challenge related to surfactants is that they do not work in hard water. Hard water is common; 85% of the U.S. water supply is considered hard because of the presence of small metal ions. These metal ions cover the surfactants, making them useless. Many detergent manufacturers add chemicals called chelators to bind the metal ions and make the water less hard; however, this solution leads to more problems, including increased cost of detergent production and a large output of environmentally harmful chemicals.

There remains a strong need for effective laundry detergents that are eco-friendly and affordable for consumers. That’s why chemists at Seattle-based SIRONIX Renewables partnered with LANL to further develop Oleo-furan surfactants (OFS).

OFS does not rely on petroleum feedstock and is synthesized from non-food, bio-renewable cellulosic feedstock.

OFS are a new class of non-toxic, non-irritating surfactants for laundry detergent that solves each of the pertinent problems facing detergents and our environment today. It is the only class of surfactant that performs effectively in cold and hard water without the need for chelators. OFS can be produced readily from sustainable, bio-derived molecules. They are multi-functional molecules—performing the role of a surfactant and a chelator in one—and are completely bio-degradable. OFS does not rely on petroleum feedstock and is synthesized from non-food, bio-renewable cellulosic feedstock.

The Department of Energy, Energy Efficiency and Renewable Energy, Bioenergy Technologies Office (BETO) funded the work at LANL, and SIRONIX contributed cost share. SIRONIX and LANL engaged in a Cooperative Research and Development Agreement (CRADA) in April 2018 to develop an improved technology process and demonstrate continuous production at pilot scale.

SIRONIX has partnered with the State of Washington to comply with environmental and regulatory steps toward commercialization. SIRONIX also partners with detergent and personal care product brands to test the ingredients in their existing formulations, then offers these existing brands the OFS based formulas to incorporate into their current formulations. These partnerships provide useful feedback for continued improvements to help change the way the world cleans.

The global market for laundry detergent is currently $12.8 billion and growing, and the global market for cleaning products containing hard water surfactants is estimated to be $9.2 billion. Other products that use surfactants include paints, inks and coatings, oil field chemicals, agriculture and agrochemicals, and personal care and cosmetics. As a result, the improved performance and environmental profile of OFS has the potential to have a major impact. 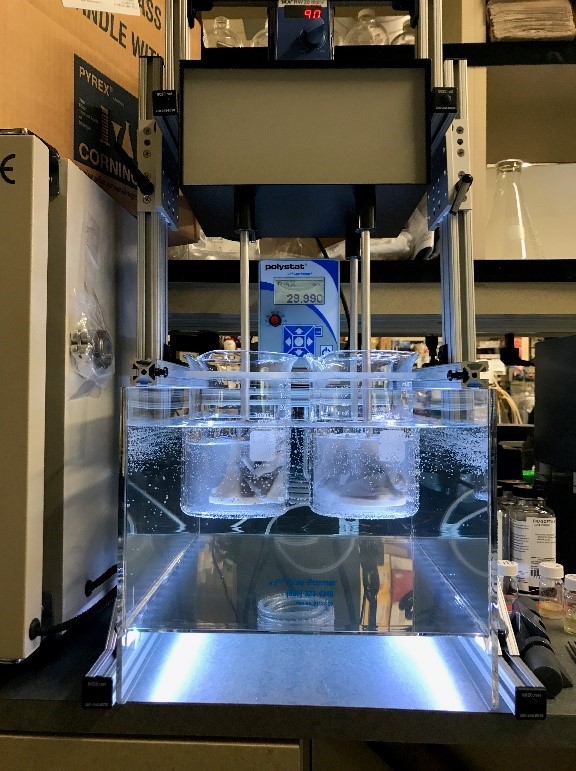