An Indiana startup is poised to transform the medical wearables market with its paper-thin, customizable lithium ion (Li-ion) batteries, thanks to an electrode manufacturing process developed by Oak Ridge National Laboratory (ORNL).

Compared with existing processes, the new method is more energy efficient and environmentally friendly, up to 10 times faster and five times less expensive, and it requires less battery processing space.

Startup Ateios Systems has licensed the technology to develop ultra-thin, stretchable, conformable batteries for wearable medical devices such as continuous glucose monitors and sleep trackers. The company expects a commercial rollout by 2023 with projected sales of 250,000 units per year, increasing to up to 50 million units per year by 2027.

In conventional Li-ion batteries, positive and negative electrodes are composed of lithium solid particles held to a thin metal sheet by a binding agent. Manufacturing these electrodes typically involves dispersing the particles and binder into a liquid to form a solvent, followed by a drying process.

Instead of solvents, ORNL’s method includes mixing lithiium compound particles (particles made up of lithium and another chemical) with radiation-curable resin precursors (chemicals used in making resins) and electrically conductive particles. This composite mixture is shaped, heated and pressed to melt the resin. Radiation is then applied to cure the composite electrode.

Ateios hoped that after incorporating the technology into its wearable devices, it could market the process for other applications, such as electric vehicles (EVs) and power grids. However, the company needed time to evaluate those markets.

Compared with existing processes, the new method is up to 10 times faster and five times less expensive, and it requires less battery processing space.

The initial market rollout for Ateios’ products will require up to 20 new onsite engineers. Additionally, the efficiencies afforded by ORNL’s technology will support the company’s plans to establish its own battery processing facility. The company expects this effort will expand its workforce by about 100 new employees by the time full production begins.

Ateios’ longer-term goal of integrating ORNL’s technology into battery products for EVs and power grid applications could address both U.S. and global greenhouse gas emissions. ORNL’s technology could lower the cost of EV battery packs by more than 30%; since battery packs are the most expensive part of an EV, the savings should significantly reduce EV cost and increase their adoption.

The licensing agreement and discussions between Ateios and the research team at ORNL have generated about future collaboration. In particular, talks are in progress to support an upcoming project with the Department of Defense focused on production of energy-dense batteries for munitions. 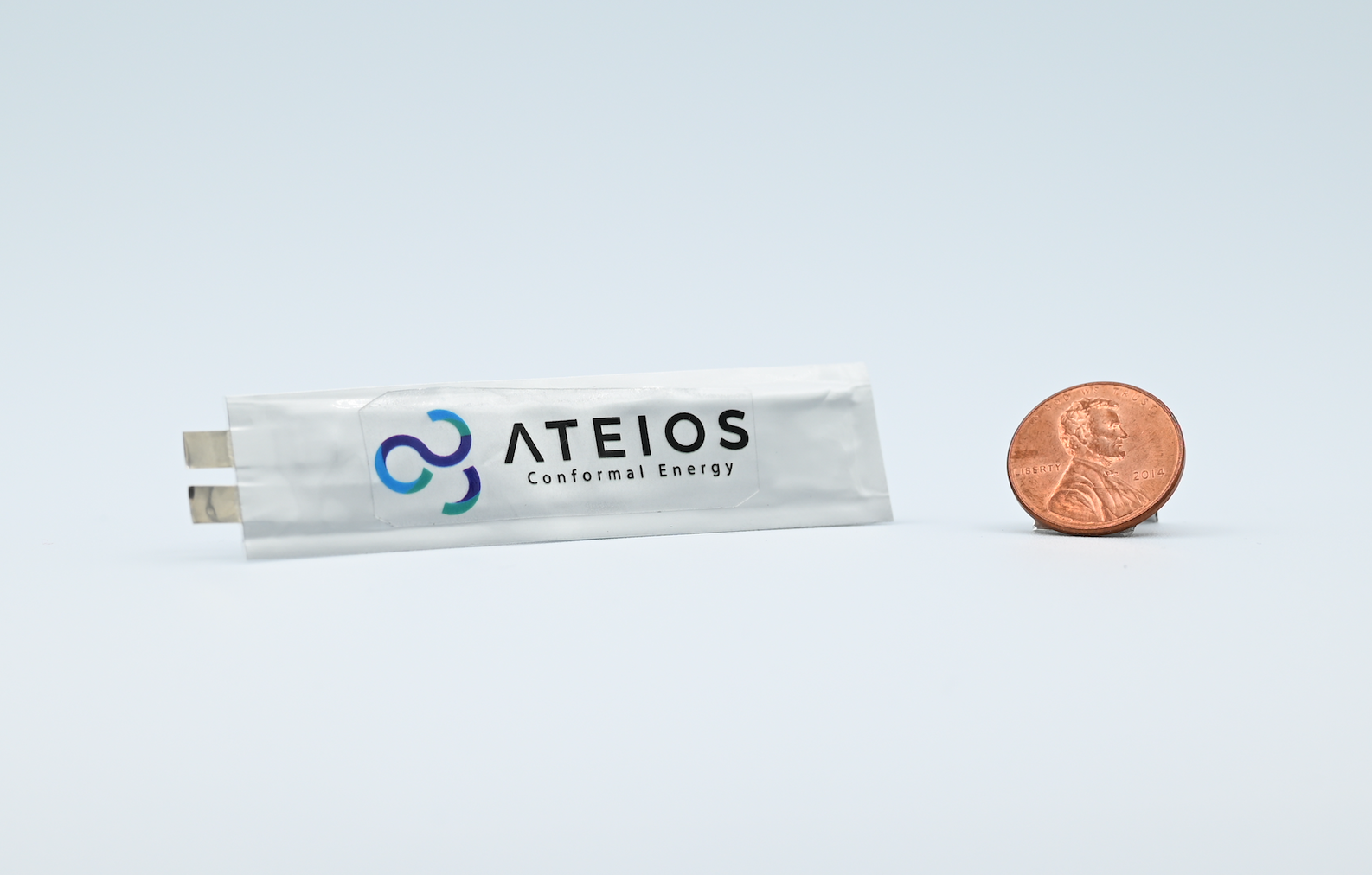 This image of an Ateios battery prototype illustrates the small scale and convenience of the company’s innovation, which incorporates ORNL technology.