Technology developed by researchers from the Department of Veterans Affairs (VA) and Virginia Commonwealth University (VCU) is allowing clinicians to quickly and accurately diagnose Parkinson’s disease and other neurological conditions based on a detailed analysis of a patient’s eye movements.

RightEye is a ruggedized, portable, battery-powered, tablet-like device that records and analyzes a patient’s eye movement. Because certain types of abnormal eye movement are known to be associated with impaired function in specific areas of the brain, the detailed analysis provided by RightEye can significantly improve the accuracy of medical diagnoses related to brain function. For example, VA data suggest that the technology can diagnose Parkinson’s disease at least seven years before outward symptoms manifest.

Since being licensed in 2016 to RightEye LLC, the device has been embraced by many different medical specialties, with more than 2,200 units sold in all 50 states and 25 countries. RightEye now holds the largest database of eye movements in the world, having tested more than 3.7 million individuals.

The VA was uniquely positioned to create this technology, since the Veterans Health Administration (VHA) has six centers around the country that specialize in treating Parkinson’s disease and other disorders related to how the brain controls body movement.

Since being licensed in 2016 to RightEye LLC, the device has been embraced by many different medical specialties, with more than 2,200 units sold in all 50 states and 25 countries.

Because traditional neurological exams are based primarily on observations rather than measurements and data, they are often inaccurate; 60% of movement disorder patients are misdiagnosed at least once using this method. This type of exam typically takes about a week and requires extensive experience, with only 32% accuracy among gerontologists compared with 80% accuracy among specialists.

The objective data provided by the RightEye device can accurately diagnose and differentiate nearly 30 neurological diseases with greater than 90% accuracy. The entire process takes less than five minutes, and the diagnostic report generated by the device does not require specialized knowledge to understand.

An Invention Management Agreement (IMA) allowed researchers at Richmond VA Medical Center to freely collaborate with VCU, its university affiliate, and develop jointly owned intellectual property. The VA often uses IMAs as master agreements to expedite the handling of jointly owned inventions. With all the main provisions in place in the IMA, the parties then use short IMA addenda for each specific case.

The RightEye technology was transferred via an exclusive license to Righteye LLC, a small business from Bethesda, Maryland. RightEye received FDA clearance as a Class 2 medical device in 2018 and was granted Food and Drug Administration breakthrough designation for diagnosing Parkinson’s disease at the end of 2019.

Although VA’s primary focus initially was Parkinson’s disease and neurological health, RightEye is also making an impact in other fields, including sports performance, reading and learning disabilities, and even personal injury law. 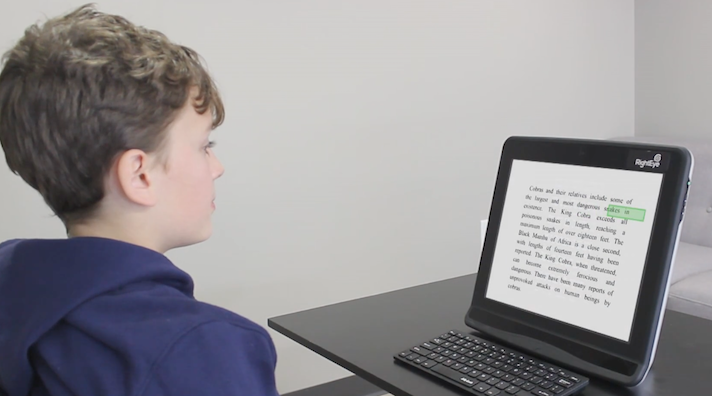