HIV is a leading cause of death worldwide. According to World Health Organization (WHO) data, in 2018, 37.9 million people including 1.7 million children lived with HIV globally, and the disease claimed 770,000 lives. Another 1.7 million people became newly infected with HIV in 2018. Only 23.3 million people were receiving HIV treatment as of December 2018.

HIV has the ability to mutate and replicate itself in the presence of antiretroviral drugs, which is called HIV drug resistance (HIVDR). Consequences of HIVDR include ineffective treatment for those beginning therapy, treatment failure for those on treatment, and spread of drug-resistant HIV to newly infected persons.

Researchers at the Centers for Disease Control and Prevention (CDC) developed a low-cost technology to rapidly detect HIV-1 drug resistance in plasma and dried blood spot (DBS) samples with 95.8% genotyping sensitivity. CDC’s partners at Thermo Fisher Scientific Inc., based in Waltham, Massachusetts, have licensed, further developed and incorporated the technology into a commercialized product.

The DBS testing capability removes a huge barrier for many resource-poor areas where WHO recommends HIV drug resistance surveillance and monitoring, but where storage and timely transportation of plasma samples from remote locations remain challenging.

The elimination of HIV is one of CDC’s “Winnable Battles,” which are public health priorities in which CDC and its partners can make significant progress in a relatively short time. This technology transfer supports the Winnable Battle in monitoring HIV drug resistance for optimal HIV infection therapy.

As antiretroviral therapy (ART) scale-up continues, population-based HIVDR surveillance is vital to ensuring sustained effectiveness of ART treatment regimens and preventing transmission of drug-resistant HIV to newly infected persons. Importantly, in 2017, WHO issued guidelines recommending using an alternative first-line treatment in 12 countries for which resistance to current drugs exceeded 10% of the HIV population.

Since 2017, the Thermo Fisher kit has been sold to 47 customers, including distributors in 27 countries. The kits are now in use at genotyping labs in Africa, the Americas, and Asia. 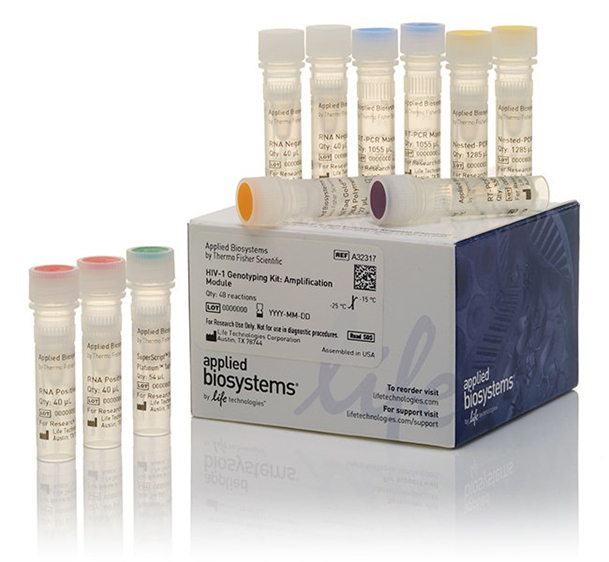