First responders and other civilians who interact with toxic materials, including those tasked with cleanup after an opioid overdose, now can neutralize those hazards more easily with a decontaminant powder originally developed by the Army.

A collaborative research team created by the US Army Combat Capabilities Development Command Chemical Biological Center (CCDC CBC) developed and tested the Solid Decontamination (Decon) Blend as part of the laboratory’s ongoing search for an easy-to-use product to protect against the harmful effects of chemical and biological agents.

The product, which addresses many of the limitations of liquid decontaminants, was commercialized through multiple technology transfer agreements with a start-up, MQM Solutions Inc. of Cleveland. A patent license agreement (PLA) and a Cooperative Research and Development Agreement (CRADA), both signed in early 2019, quickly led to further research and development and field testing. MQM Solutions is producing both military (JGPD-HME M333) and commercial (Decon PLUSTM) versions of the decontaminant.

Along with the public safety benefits, the technology’s potential for opioid decontamination embodies the CCDC’s larger effort to combat opioid misuse.

Each Decon PLUS Kit comprises three laminated-foil pouches of decontaminant powder, stable for at least five years if unopened. The powder is easily reconstituted with any water source, including saltwater or brackish water, to produce the decontaminant use dilution. Decon PLUS is available in a range of sizes to produce as little as 18 fluid ounces of use dilution (for personal protective equipment or other small pieces of equipment) or up to 25 gallons (for vehicles or large-scale decontamination lines).

The unique decontaminant chemical formulation is lighter and takes up less space than most conventional liquid decontamination products like hypochlorite solutions (bleach) or hydrogen peroxide-based products. The new technology also addresses other logistical problems related to available decontaminant liquids, many of which are unstable without controlled transportation and storage systems. In addition, many liquid decontaminants are corrosive to multiple materials, are incompatible with materials like plastics or paints, are complicated to use, or require special packaging.

The transferred technology expands federal security strategies against potential biological and chemical weapons beyond the defense arena to environments like public transport or manufacturing. Civilian users include those in law enforcement, fire and rescue, and emergency preparedness. Along with the public safety benefits, the technology’s potential for opioid decontamination embodies the CCDC’s larger effort to combat opioid misuse. 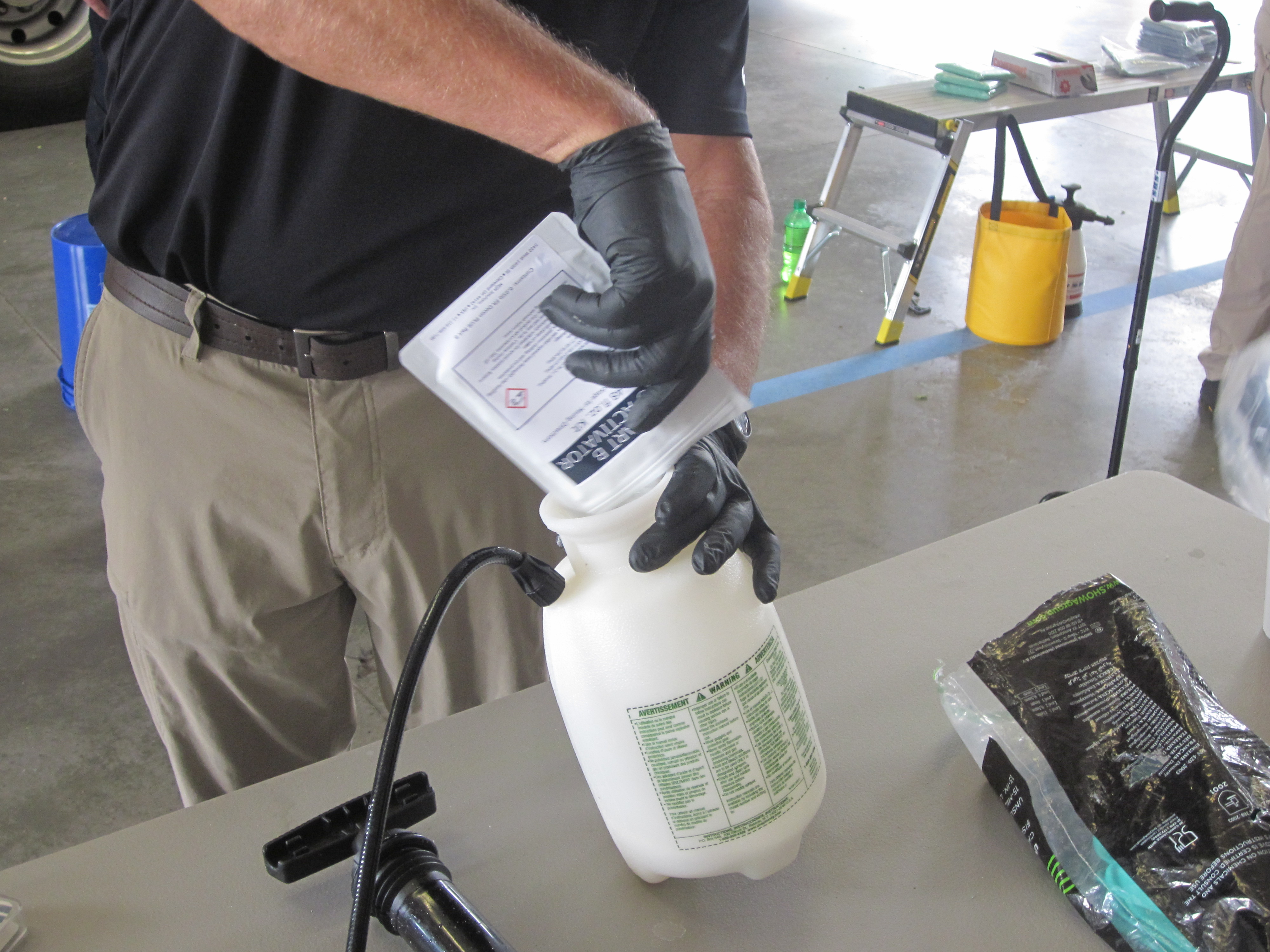