The Food and Drug Administration (FDA) approval of Artesunate for Injection in May 2020 marked the culmination of three decades of collaboration by physicians, scientists and technology transfer (T2) staff in the U.S. Army to address a critical global shortage of treatment options for severe malaria.

Malaria, which is transmitted through the bite of an infected mosquito, remains one of the top infectious disease threats to U.S. military personnel deployed overseas. Although rare in the United States, malaria threatens about half of the world’s population. There are an estimated 216 million clinical cases annually, and without appropriate treatment, about 15% become severe, resulting in 445,000 deaths each year.

Finding a commercial partner capable of manufacturing IV artesunate in compliance with FDA regulations was challenging, in large part because of the changing economics of the pharmaceutical industry and the limited potential profitability of treatments for rare conditions in much of the developed world. Army T2 staff remained persistent and nimble in the face of those strong economic headwinds.

Those efforts paid off in a partnership with Amivas USA LLC, a health care company that was founded by veterans of the U.S. and Australian military in 2016 expressly for manufacturing IV artesunate as the initial product in a pipeline of low-volume but critical treatments for severe malaria and rare or neglected tropical diseases.

Army T2 staff remained persistent and nimble in the face of those strong economic headwinds.

Amivas and USAMMDA signed a Cooperative Research and Development Agreement (CRADA) in 2017, then collaborated on the FDA’s New Drug Application preparation, filing and review processes, culminating in FDA approval of the technology in May 2020. The approval also came with the potential to receive a priority review voucher, an FDA incentive to invest in tropical disease treatments, which entitles its holder to one FDA priority review for any future drug or vaccine.

Amivas will now manufacture, distribute and commercialize IV artesunate as Artesunate for Injection, and is setting up a nationwide product distribution network for launch in early 2021. Artesunate for Injection is now the first-line drug for treatment of severe malaria in the United States and on the World Health Organization Model List of Essential Medicines.

The global potential is even greater. In an era of shrinking new-drug research and development pipelines, particularly for diseases that are rare in developed nations, USAMMDA’s sustained efforts will have wide-ranging impact far beyond the core goal of protecting the warfighter. 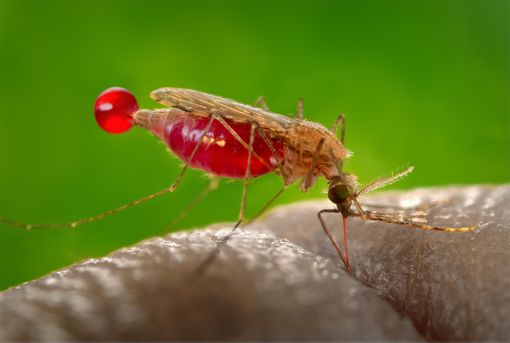