Tools for Identifying Host Microbes for Viruses and Antimicrobial Resistance

USDA-Agricultural Research Service scientists led an international team of academic, government and industry partners to create a technology that could be used to help explain why some people don’t respond to antibiotics or other drug treatments.

This discovery also has agricultural implications; for example, it can help address the question of whether antibiotic administration to cattle affects the frequency of antibiotic-resistant microbes that could pass into food supply systems.

The exchange of antimicrobial resistance (AMR) genes among bacteria is thought to be a key process leading to multidrug resistance (MDR) in humans, which reduces the effectiveness of antibiotics and other drugs for fighting disease-causing microorganisms. But this concept has been difficult to study. Scientists could identify the presence of MDR genes using genetic sequencing, but they couldn’t tell which specific bacterial species were capable of hosting those genes. The ARS-led team found a way to link AMR genes to their potential hosts in a high-throughput manner.

This technology and related published findings will benefit research to reduce multidrug resistance in animal products and in the environment, as well as studies examining methods to reduce infections in hospital environments, where multiple bacterial species may transfer AMR genes among each other.

As mentioned, this discovery also has food safety implications, as traditional screening methods might not detect AMR genes being transferred between microbes in animals or plants. By identifying all potential hosts for AMR transfer, scientists can assess whether a microbiome has potential reservoirs for AMR genes that could cause other disease-causing pathogens to become resistant over time. In addition, this technology will potentially provide a new platform for federal regulatory agencies to develop new food safety guidelines.

In the future, this technique is likely to be applied to metagenome community surveys conducted in the fields of food safety and human medicine.

ARS scientists prepared samples from the rumen microbiome of a single Holstein cow to serve as a suitable target for these new techniques. Pacific Biosciences helped sequence this sample, and NIH scientists applied state-of-the-art computational algorithms to create maps of each microbial genome. Phase Genomics scientists also generated data that identified biological links between different DNA molecules that showed these molecules existed within the same cells at one particular moment in time.

Collecting and organizing all of these data, ARS and Roslin Institute scientists identified unique biological features in the dataset such as genes and virus genomes. A method was then developed to link viruses, or other mobile DNA that could transfer between cells, with potential host bacterial cells. The findings were published in August 2019 by Genome Biology.

The microbiology and medical research communities were the recipients of the transferred technology and received notice of this new method via journal publications and seminar presentations. In the future, this technique is likely to be applied to metagenome community surveys conducted in the fields of food safety and human medicine.

This new method has already been applied by others following the publication of the Genome Biology study, which at the time of award submission in July 2020 had been accessed 5,459 times and cited in seven studies. 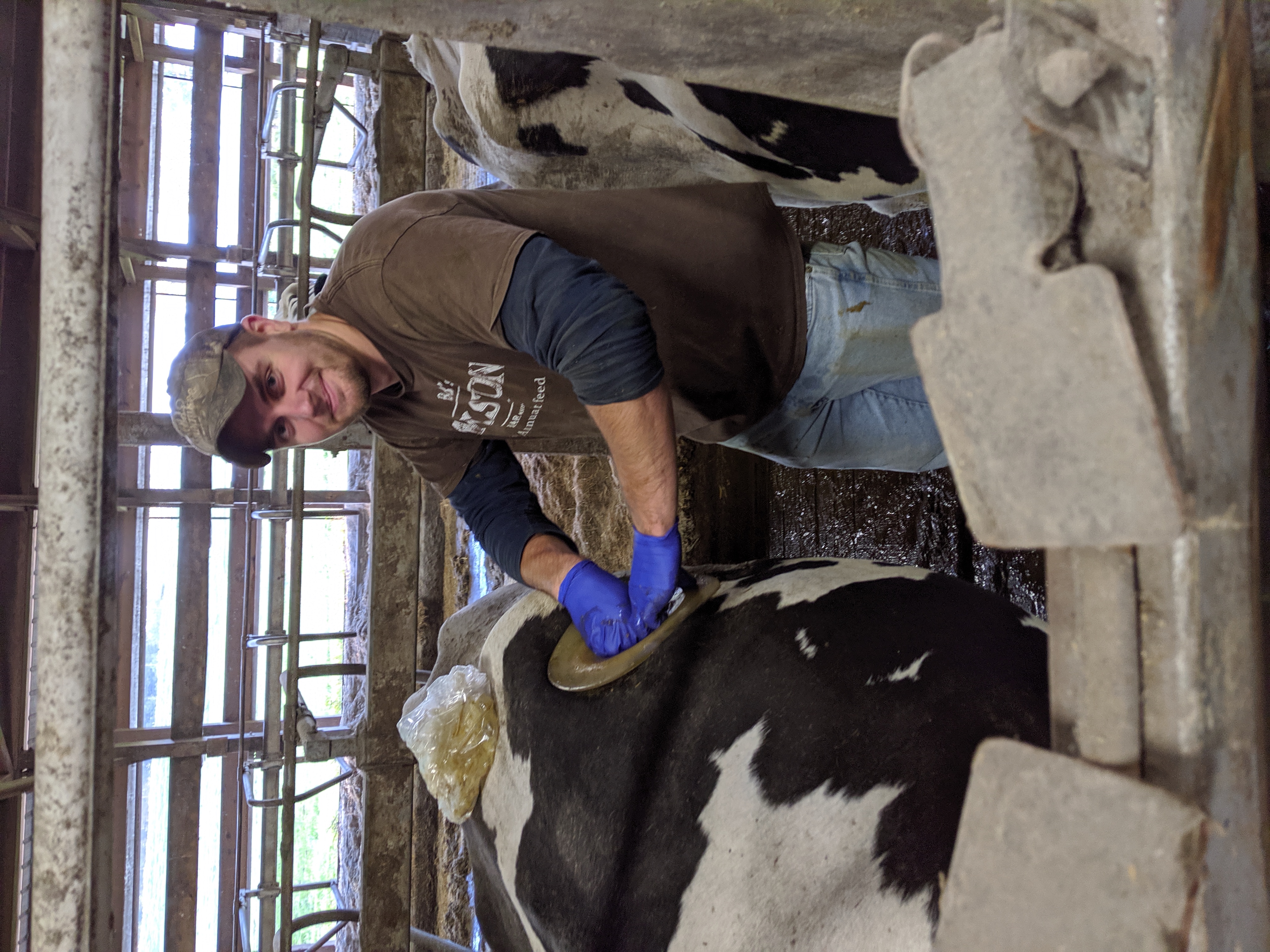