Insects, fungi, bacteria and other carriers of disease can cause extensive and expensive damage to trees across a range of environments. Cities where trees have been infested by the emerald ash borer, an invasive beetle species that has been detected in 35 states, can spend millions of dollars to remove and replace the affected trees. In agriculture, citrus greening disease has reduced Florida citrus production by 75% since 2005, while more than doubling the associated costs.

Chemical treatments can help control these pests and diseases, but existing application methods — which include aerial spraying and saturating the soil surrounding a tree — are often labor intensive, costly, hard to maintain and dangerous to other plants, animals and humans.

SymTREE Sciences, which is focused on urban forestry, and Elemental Enzymes, which serves the commercial agriculture industry, together approached PNNL to help develop a better solution. And because treatments can be applied only during certain periods of the growing cycle, it needed to happen fast.

“Clients were desperate for a new delivery system,” said Terry Marie Braniecki, CEO and founder of SymTREE. “I could not lose a year, or I would lose the market.”

Primarily made of polypropylene, an inexpensive plastic that is recyclable and can be used safely with most chemicals, the device is smaller than a shampoo bottle and resembles a laboratory syringe. Applying pressure releases a treatment solution from a prefilled pod into the tree through a small port drilled into the trunk.

“Clients were desperate for a new delivery system,” said Terry Marie Braniecki, CEO and founder of SymTREE. “I could not lose a year, or I would lose the market.”

The single-use, disposable pod can be prefilled with fertilizers, pesticides, fungicides or plant growth regulators. Most agricultural tree trunks are small, requiring only a single injector per tree, while larger urban forest trees average between five and 12 injectors.

The intellectual property aspect of this collaboration involved non-disclosure agreements, research agreements, patent applications, and ultimately licensing agreements. Documents and terms were needed to allow each company to separately commercialize the technology in its respective market.

The RTU tree micro-injector is available to select SymTREE distributors for protection against the emerald ash borer. Specialty nutrition, pesticide and fungicide formulations for commercial domestic and global urban forest use also are in the works. Elemental Enzymes’ modified single-use RTU tree micro-injector prefilled with its citrus greening treatment is slated for release to the agricultural market in spring 2023.

“The fact that PNNL’s expertise is available to help these businesses and support the U.S. economy is huge,” said Allan Tuan, PNNL commercialization manager. “That’s a big part of our mission and goals.” 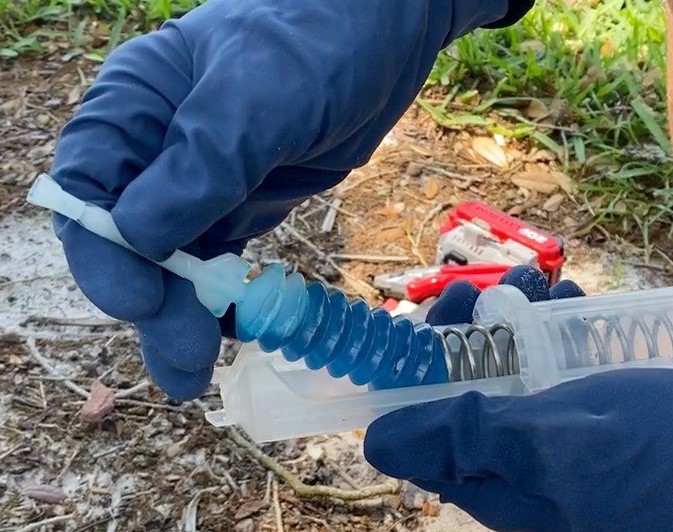 The tree micro-injector is easy to use. Because the pods are prefilled with plant health care formulations, field workers do not have to handle chemicals, protecting their health and the environment. 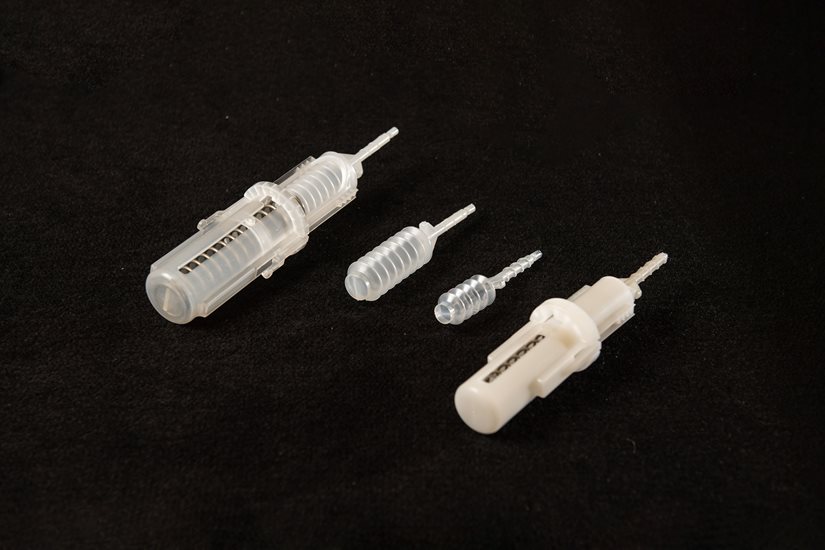 PNNL developed a ready-to-use tree micro-injector to meet the demands of two distinct markets. Both the single-use (smaller in picture) and multiple-use (larger) versions have an external recyclable housing and internal pods made from polypropylene, along with an internal reusable steel spring to control the pressure and smooth compression of the pods.