A system for detecting and removing plastic contaminants from harvested cotton, developed and commercialized by the U.S. Department of Agriculture (USDA) Agricultural Research Service (ARS) and industry partners, could help to restore the financial health and reputation of the nation’s cotton industry.

The United States was once known for producing some of the cleanest cotton in the world, but that is no longer true, and the industry has suffered financially as a result. Much of the plastic contamination showing up in marketable, ginned cotton comes from the plastic used to wrap the cylindrical bales of cotton that have become standard. Despite diligent efforts by cotton gin personnel to remove all traces of plastic before processing, the contaminant still finds its way into the cotton gin’s processing system at a level ten-fold greater than before the advent of cylindrical baling modules.

This contamination has led to significant financial losses for the cotton industry—more than $750 million annually, compared with market conditions before the new baling technology was implemented. For an average cotton farmer growing 1,500 acres of cotton, the plastic-related losses would be more than $30,000 per year.

To mitigate this loss of quality and profit, ARS and industry partners have developed the Visual Inspection and Plastic Removal (VIPR) technology, which efficiently detects and removes plastic contamination during post-harvest processing of cotton. Because cotton gins operate on extremely low profit margins, the VIPR system was specifically designed to be much less expensive than the detection and removal technologies used in other industries.

The technology is an ultra-low-cost, “bolt on” detection and removal system built using off-the-shelf parts such as cell phone cameras and embedded image processors.

Much of the plastic contamination showing up in marketable, ginned cotton comes from the plastic used to wrap the cylindrical bales of cotton that have become standard.

This detection system is coupled to a pneumatic ejection system, which blows plastic contamination out of the process stream, preventing it from contaminating marketable cotton fiber. Overall, the VIPR technology prevents more than 90% of all plastic from getting into cotton bales.

The ARS Lubbock Lab took the lead in developing the detection hardware and software and forming the strategic partnerships. The Las Cruces Lab designed and built the first prototype and in May 2018 made a proof-of-concept video showing it successfully ejecting plastic from seed cotton.

The new VIPR system was developed, tested and successfully transferred under collaborative research and development agreements (CRADAs) between the ARS and industry partners. Process-engineering firm Bratney Companies became a CRADA partner in October 2018 with the goal of commercializing the technology. Since Bratney was searching for a partner who had experience selling and servicing to the cotton ginning industry, the ARS introduced them to a previous CRADA partner they had worked with, Lummus Corporation, a cotton gin manufacturing and service company that has been in the industry since 1863.

Lummus and Bratney formed a partnership whereby Bratney would manufacture the VIPR units and Lummus would sell, help install, and service them. This partnership helped accomplish one of the main goals of the technology transfer, which was to get a commercially viable system into the hands of the cotton ginning industry as soon as possible.

The first commercial units were sold in December 2019 and installed and tested in a cotton gin in Georgia in January of 2020. VIPR is integrated into some cotton gins, with more expected in the near future. 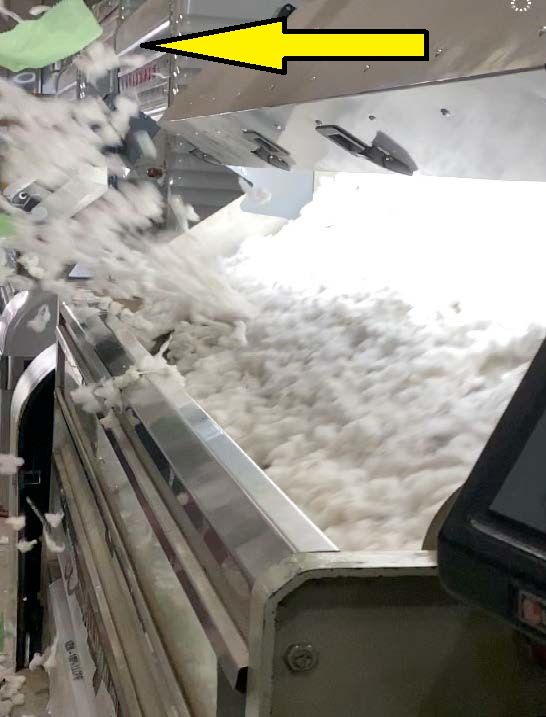