An innovative river gage developed by a National Oceanic and Atmospheric Administration (NOAA) hydrologist has vastly improved the lab’s water resource management capabilities, and the technology’s commercialization has helped extend its reach to the remote areas of the country where it is most needed.

Hydrologic monitoring and forecasting efforts in the state of Alaska have long been hampered by the extreme paucity of river observations. Hydrologists have long been seeking a cost-effective means of getting automated river level data for a larger portion of the thousands of rivers and streams in the state.

While working as a hydraulic engineer with the US Army Corps of Engineers in Anchorage, Alaska, Benjamin “Crane” Johnson started developing an inexpensive, easy-to-install river level gage that would be tough enough to withstand the extreme environment of Alaska. After coming to NOAA’s National Weather Service at the Alaska-Pacific River Forecast Center (APRFC) in early 2014, Crane continued to improve the iGage design, and what resulted was an innovative and inexpensive sensor with a very small footprint that can be installed anywhere to provide vital situational awareness for flooding and other water resources needs.

At APRFC, 40 iGage units were installed in 40 remote Alaska locations between 2014 and 2016.  Each installation immediately raised the number of observations from one per day to 24 per day for a lower cost than the center was paying human observers (about $15 per month vs. $180 per month). Interest began to build from other users, and demand began to exceed the center’s ability to build and support gages for all.

Commercial availability of these gages has allowed the APRFC to focus on flood and water resource monitoring and prediction rather than gage production.

Crane and his colleagues at Stillwater leveraged NOAA’s Virtual Development Lab (VLAB) to track and share hardware designs and software source code. NOAA also provided field testing to ensure the gage was working correctly and gave feedback on the improvements.

Thanks to this innovation, the number of automated gages in Alaska available to monitor rivers, streams and lakes has increased almost 50% in just a few years. That has led directly to greater situational awareness and improved ability of the APRFC to fulfill its mission of protection of life and property from flooding. Commercial availability of these gages has allowed the APRFC to focus on flood and water resource monitoring and prediction rather than gage production.

Stillwater Technologies has enhanced the design by designing a Tipping Bucket rain gage interface as well as an SDI-12 instrument interface. This opens numerous possibilities beyond stream level measurements for deployment of iGages providing near real-time reporting throughout the world.

Stillwater has deployed iGage from Southern California to the East Coast and up to the Northern reaches of Alaska. Currently, Stillwater is working with the US Fish & Wildlife Service and the US Geological Survey to develop iGage Temperature Strings for deployment in the Arctic measuring snow and frost depth.

While the impacts of this commercialization may never prove notable on a national scale, the approach was perfectly suited to working with a small business, and has made a notable contribution to NOAA’s mission in an area that is ground zero for climate change impacts. 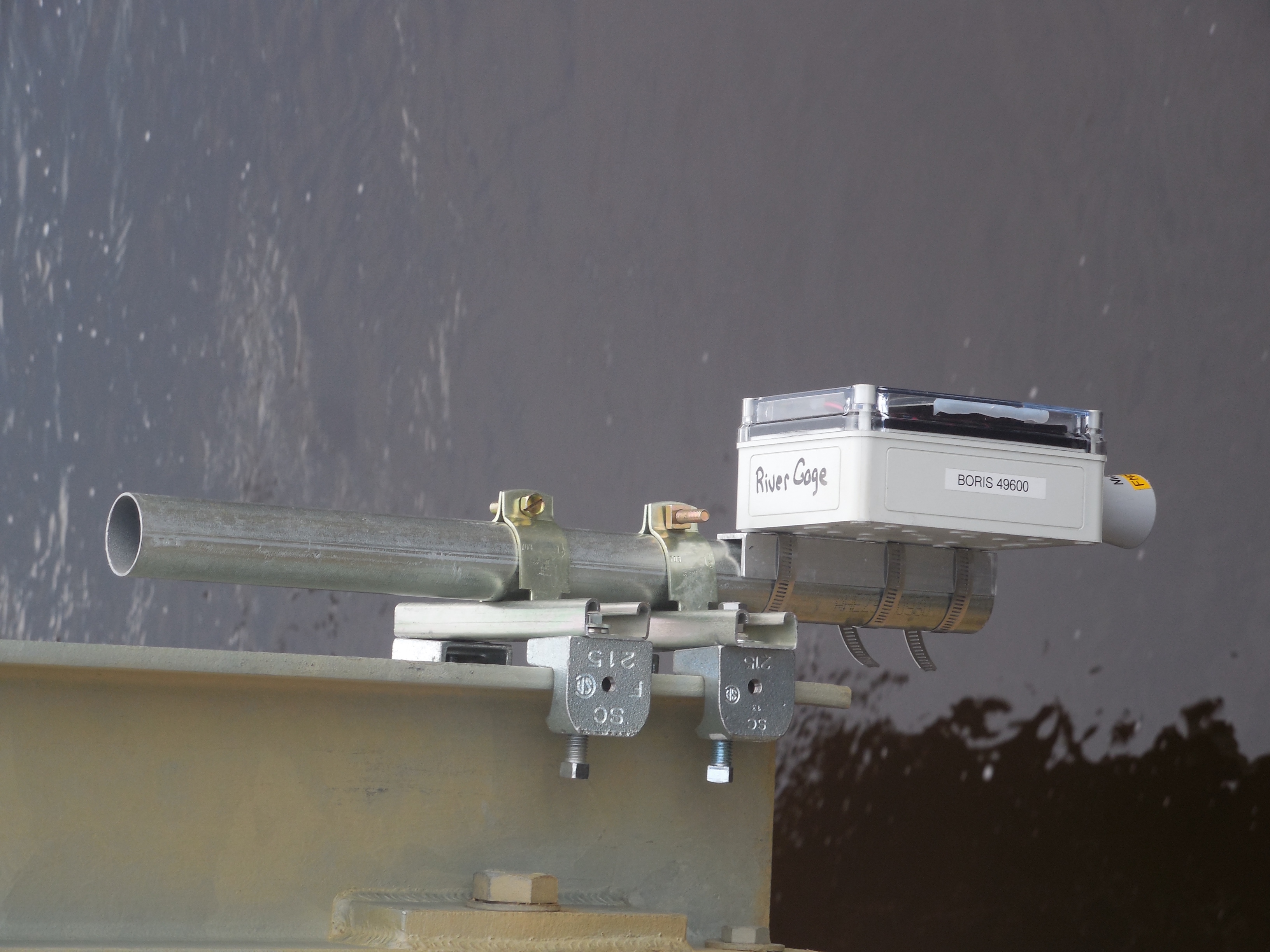