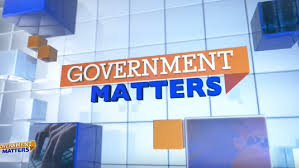 “Government Matters,” a Washington, D.C.-based show on the ABC network that covers issues and projects going on in the government and with industry, recently profiled the FLC during its March 13 program. Covering the special report was “Government Matters” reporter Diane Cho, who sat down with FLC Chair Paul Zielinski to learn more about the FLC’s mission, and its strategic efforts to facilitate technology transfer (T2) and help federal laboratories and industry work together to move technologies from lab to market.

As Cho explained in the feature, thousands of technologies that people use every day were created through federally funded research and went through the T2 process to become a commercial product. Most people have no idea how those technologies end up on store shelves, and the FLC is working to change that.

“What people don’t realize is that [the government] has a very large investment in research and development across all federal agencies and laboratories. But we don’t make any products, and we don’t make and sell consumer products; so, for the research to be successful we have to reach the commercial marketplace,” Zielinski stated when explaining the significance of federally funded science and technology R&D.

For laboratory R&D to make it out of the lab, commercial partners must be willing to produce products and services based on that lab research. The tricky part of this T2 process is attracting those commercial, or industry, partners and making them aware of the access they have to license federal technologies, access federal facilities and equipment, and ultimately do business with the government.

Zielinski pointed out that federal labs are very accessible to work with the private sector and stated that the laboratories “do invent things and have products that are available that [industry] can use.”

The profile also offers a glimpse into the National Institute of Standards and Technology’s (NIST) Center for Nanoscale Science and Technology (CNST), where NanoFab Manager Vincent Luciani toured several inspection bays, all of which feature more than $1 million in cutting-edge research equipment. CSNT’s facility is just one of the many federal laboratories and resources that are accessible for industry to utilize and apply to their projects.

“People come in. I may not be an expert on exactly what their application is, but my staff and I are experts on how to build and manipulate matter and different things down at the nanoscale. So, we’ll work with them as much as possible to help apply the tools for their specific project,” Luciani said.

In addition to the interview with Zielinski, “Government Matters” featured clips from the FLC’s new “What Is Technology Transfer?” video, which provides an easy-to-understand breakdown of the T2 process and how to work with a lab. The profile also highlighted the FLC’s newly redesigned federallabs.org website, which now includes a T2 Toolkit featuring various tools and searchable databases, such as FLC Business and the Available Technologies Search Tool, aimed at helping industry find federal laboratory resources and ready-for-transfer technologies.

To view the FLC’s profile on “Government Matters,” visit http://bit.ly/1S2omn4