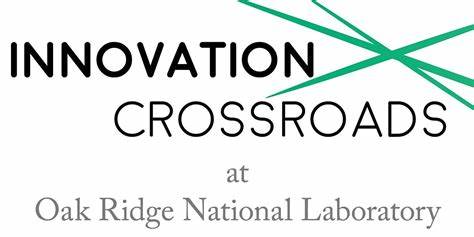 The funds, totaling $8.7 million, are awarded through the U.S. Army,. the Department of Energy (DOE), the U.S. Space Force, and the National Science Foundation. Several of these companies also recently received grants from Launch TN through the Tennessee SBIR/STTR Matching Fund Grant Program.

Innovation Crossroads is a public-private partnership founded by Oak Ridge National Laboratory (ORNL) and supported by the DOE Office of Energy Efficiency and Renewable Energy's Advanced Manufacturing Office and the Tennessee Valley Authority. The program connects the nation’s top innovators with experts, mentors, and networks in technology-related fields to take world-changing ideas from research and development (R&D) to the marketplace.

Innovation Crossroads is a two-year program for fellows focusing on energy and advanced manufacturing technologies. Selected innovators receive a fellowship that includes a personal living stipend, along with health insurance and travel allowance, a substantial grant to use on collaborative R&D at ORNL, and comprehensive mentoring assistance to build a sustainable business model. The program recently closed applications for its sixth cohort of innovators.

Below is a brief description from each company on how their awards will be used (listed in alphabetical order by last name of the founder or co-founder):

DeRosa will be working with the U.S. Army on a Phase II SBIR contract for $1.7 million. DeRosa, who was part of Cohort 2, will apply his non-flammable battery research to demonstrate a high-temperature lithium-ion battery for the next-generation combat vehicle.

“Eonix’s non-flammable lithium-ion batteries completely eliminate the possibility of a thermal runaway/explosive event by replacing the flammable chemicals in the electrolyte,” DeRosa said.

This technology enables defense systems to harness the advantages of electrification, such as reduced fuel consumption, silent-only operation, or directed energy power, DeRosa added. It can take advantage of this without introducing the vulnerability of lithium-ion battery fires/explosions to the Warfighter.

Ishmael’s company received a grant through DOE for $1.1 million. The company works in ice thermal storage and was part of Cohort 1. The two-year research project is aiming to increase the round-trip efficiency of ice thermal energy storage from the market’s 80% to 95%.

“This funding will allow us to build a commercial-scale system that is directly integrated into chiller hardware, improving energy efficiency and the ease of system installation,” Ishmael said.

Lewis of Cohort 3 is participating in a $1 million DOE Phase II with Atlanta-based Southern Company Gas and T2M Global. While Southern Company is leading the project, according to a news release, it is based on core technology from Electro-Active Systems, which works to convert food waste and electricity into hydrogen.

“This project provides a unique opportunity to highlight the feasibility of generating meaningful amounts of hydrogen and a practical means to offset more carbon-intensive fuels,” said Abhijeet Borole, Co-Founder and President of Electro-Active Technologies, in the release. “As the movement toward the hydrogen vector is gaining speed, demand for all sources of hydrogen is increasing. However, developing pathways to clean hydrogen is critical.”

As the space industry grows, spacecraft will need to onboard computing rather than rely on work done on Earth. However, radiation effects on electronics make this a challenge. Radiation hard electronics that are currently on the market are expensive and low-performing, McMahon said. Lux’s research is working to develop high-performing chips that be integrated into systems in a way that provides acceptable radiation tolerance using its System-on-Foil platform.

Smith said his company, which is now based in Atlanta, received two Phase II grants, an STTR grant from the DOE for $1.1 million, and an SBIR grant from the National Science Foundation for an additional $1 million. Smith is a member of Cohort 2.

The STTR is in collaboration with the National Renewable Energy Laboratory. TCPoly will be making materials and 3D printed products for use in thermal energy storage. This will help reduce energy consumption in buildings and to decarbonize heating and cooling, Smith said.

The SBIR with the NSF is going toward increasing the thermal conductivity of TCPoly’s materials by incorporating thermally conductive wires and fibers during the printing process, Smith said.

“The new materials will improve our current thermal conductivity by 20x and will result in new markets and applications of our technology,” he said.

“Between the two, we will probably be hiring five to six new employees,” Smith said.

Thornburg received $1.1 million from the DOE to do research focusing on using machine learning and data to gain insights into food businesses and power grids. Thornburg, a member of Cohort 3, is working to make energy systems more efficient for food storage. He added that many stores already collect this data. Grid Fruit will develop control software that will improve compressor efficiency and minimize peak demand by controlling commercial refrigerators and freezers. This will reduce greenhouse gas emissions while simultaneously protecting food quality.

“We’ll add features to the configurable data visualization dashboards we provide customers to give them real-time alerts about their refrigerators and freezers,” Thornburg said. “This will reduce maintenance costs and extend machine life.”