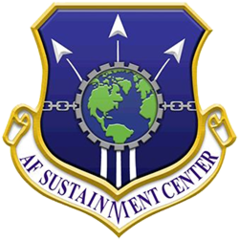 A newly formed company in Oklahoma City has negotiated an exclusive patent license agreement with the U.S. Air Force allowing the company to commercialize an ice detector tech for improved flight line operations.

Integrated Icing Solutions, LLC, signed the license agreement on Jan. 21, 2021, giving it the exclusive rights to the patent-pending “Ice Detection and Precautionary System Shut-Down Reduction Systems,” developed at the Air Force Sustainment Center at Tinker Air Force Base. It is the Sustainment Center’s first-ever patent license agreement with a private company, though such licenses are more common at other Air Force research centers and facilities.

The Air Force technology transferred to the company consists of a set of sensors mounted remotely that detect actual ice formation, generating warnings to pilots, who can then request deicing. Invented by David Jamison, lead engineer at the Tinker Air Force Base’s Jet Engine Test Cell, it promises to significantly reduce aircraft downtime.

“I noticed through my many years here engine testing would stop due to the potential of ice formation inside jet engines,” Jamison said.

This testing cell downtime, a result of using conservative predictive weather tables instead of monitoring systems, was causing Tinker Air Force Base to lose up to 45 days of testing each year. Jamison projects a 75% recovery of lost time due to actual measurement of ice formation, not weather predictions.

The idea of ice sensors for engine testing has been around for years, but Jamison’s technology is unique in that the sensors are mounted remotely and mimic the inlet of the engine. He has been working on the idea for nine months but credits David Sheely and Chris Monsey for its path to adoption by the Air Force Sustainment Center and commercial aviation companies.

Sheely heads the Office of Research and Technology Applications at the sustainment center, which is responsible for developing collaborative interactions with businesses and universities as part of the Air Force Technology Transfer and Transition Program. Monsey works as the intellectual property attorney at the sustainment center. Together they drafted the provisional patent application filed in November 2020.

“Test cell shutdowns are very costly and delay getting engines to the warfighter,” Sheely said. “Every jet engine test cell in the Air Force and commercial world needs this ice detection sensor system. Some German firms want this ice detection sensor today. Throughout the world when the temp is below 40°F and dewpoint is 20°F or higher, there are limitations on engine testing. In order to meet the mission, engines need to be tested so they can get into the supply system and, from there, installed onto a waiting aircraft. The commercial world is even more impacted, they run large numbers of engines through their facilities, and when icing is possible it puts their whole production chain behind schedule.”

In addition to this patent license agreement, Integrated Icing Solutions also signed a Cooperative Research and Development Agreement (CRADA) with the Oklahoma City Air Logistics Center to refine the technology.

Sean Patten, a senior technology manager at TechLink, provided no-cost licensing assistance to the Air Force and company throughout the process.