After a volcanic eruption, changes in the air and in the ocean can be very dangerous and destructive. Following the Hunga Tonga – Hunga Ha’apai volcano eruption in January 2022, the National Oceanic and Atmospheric Administration (NOAA) was able to use key technologies and strategic partnerships to issue warnings, saving lives around the world, while also collecting data to improve forecasting models for future events.

Half a world away from the blast, in the Pacific Ocean Basin, the volcanic eruption generated ocean waves that rippled around the planet and set off widespread tsunami advisories along many coastlines. The alerts were triggered by signals from a network of Deep-ocean Assessment and Reporting of Tsunamis (DART) buoys, which tracked the developing tsunami waves and estimated when and where they would strike land.

The DART buoy system was originally designed and developed at the NOAA Pacific Marine Environmental Laboratory. The system was patented and licensed to Science Applications International Corporation, which helped to distribute buoys around the world to create an invaluable network for reporting data and giving coastal residents time to prepare for dangerous situations.

After the eruption, while the DART buoy network recorded tsunami wave data, two uncrewed ocean drones happened to be floating in a more remote area of the Pacific Ocean collecting data for a NOAA research mission. The mission was one of many ongoing collaborations between NOAA and the drone manufacturer, Saildrone.

The two Saildrones in the Pacific were able to detect jumps in atmospheric pressure and capture crucial information not normally studied in the area due to its observationally-sparse location. Because only about 5% of tsunamis are triggered by volcanoes rather than earthquakes, volcanic tsunamis aren’t as well understood by scientists. The Saildrone data, coupled with records from the DART buoys, will help NOAA researchers learn how emergency response efforts after major eruptions might be improved in the future.

POPS were invented at NOAA’s Chemical Sciences Laboratory and then licensed to a small manufacturing company called Handix Scientific. Licensing the technology allowed the device to be made available to researchers worldwide in large quantities.

A week after the explosion, the volcano’s plume arrived to the Indian Ocean’s La Réunion Island at the high-altitude Maïdo Atmospheric Observatory. The NOAA research team was ready with equipment to successfully launch the balloons and are now using the data they collected to refine atmospheric models. This series of events marked the quickest scientific response to a volcanic eruption to date. 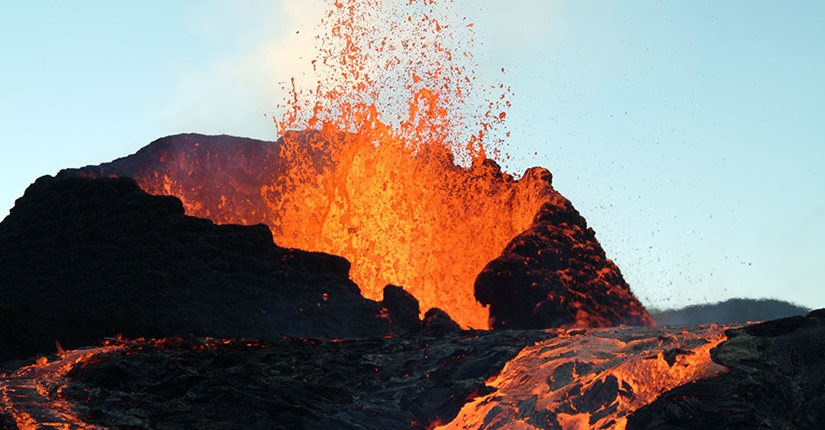