Medical residents, airline pilots, truck drivers, heavy equipment operators, emergency responders, and others can benefit from the PeakAlert app’s customized caffeine recommendations —how much and when—to be fully alert.

The technology was created by Dr. Jaques Reifman and colleagues at the U.S. Army Medical Research and Development Command, as well as researchers at the Walter Reed Army Institute of Research.

The tool—originally called 2B-Alert—addresses a need for Army commanders to know when warfighters will be at their peak alertness, or to have them strategically reach their peak alertness at the right times. According to Reifman, about 40% of active duty military personnel regularly sleep less than five hours per night—short of the seven to eight hours per night required to restore mental sharpness.

The app uses AI to learn how an individual responds to sleep deprivation and then recommends caffeine consumption strategies customized for that person to restore alertness.

The researchers found that, compared with the Army’s existing guidelines for caffeine use, the app’s suggestions either achieve the same benefits with 40% less caffeine or enhance alertness by an additional 40%.

After Reifman presented a paper on his team’s work at a 2018 sleep conference, the technology attracted interest from non-military occupations where shift work or long hours can increase the risk of dangerous mistakes caused by fatigue.

Integrated Safety Support, an Australian company, was well-suited to develop a commercial application via a technology transfer agreement with the Army because of their focus on fatigue management and workforce solutions. The company launched its PeakAlert app in 2020 on both Android and Apple iOS platforms.

Reifman and his colleagues are working on an approved version of the app for active military personnel to use on secure phones and devices. Additional research in Reifman’s lab will expand the app’s functionality related to sleep prediction and caffeine supplementation. 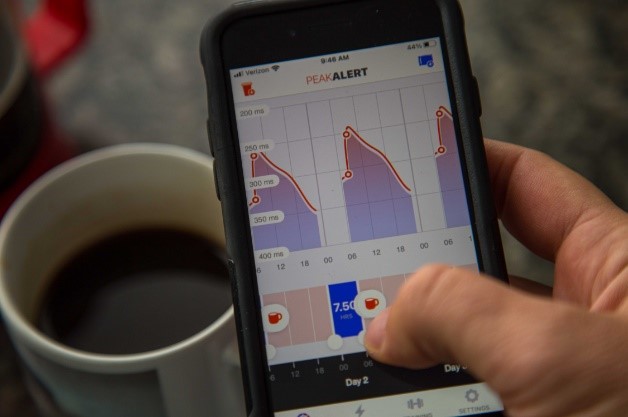